Skip to content
HomeNewsWho Won The Final Presidential Debate of the 2016 Election? 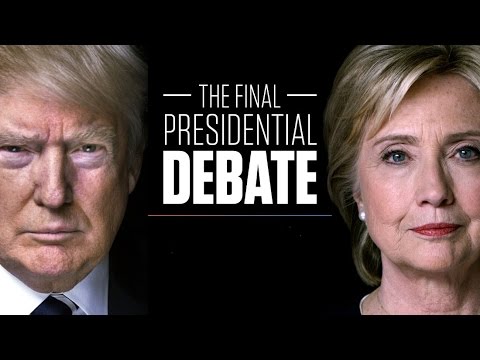 If you are looking for an actual answer to that question, then you may be disappointed. The day after the final debate for the election, and the blogosphere and airwaves are filled with commentary, opinions, polls and reports, all focused on determining the debate winner. If anyone objectively looks at the data, there is conflicting information in every nook and cranny of the debate coverage. The winner is determined by the political leanings of the media organization doing the reporting. Polls are skewed and objectivity is non-existent. The political landscape surrounding the 2016 presidential election could not be more biased.

There are a few hideaway formats that accurately interpret the pulse of the voting public, and one of them is sports betting. Information that pretty clearly indicates the debate results can be found in the current US political betting odds. While these odds may not be based on traditional polling or commentator opinion, they are refreshingly void of political bias and manipulative efforts to influence the election results. This cannot be said of the media’s responses to the presidential debates.

The betting odds for politics are not based solely on a candidate’s performance, but also include consideration for the response to that candidate by the public. Following the debate Wednesday night, most of the legal US sportsbooks and the international bookmakers lessened the gap between Clinton and Trump. Clinton’s favor diminished by about 50-100 points, while Trump’s standing improved by 50-100 points. While the bulk of the liberal media is touting a win for Clinton, the betting odds moved slightly in Trump’s favor, indicating an improved standing for the GOP nominee among bettors.

Clinton is still favored to win the election overall, but when it comes to determining the winner of the final presidential debate, we’re going with the odds that say Trump came out ahead on this one. We’d be remiss if we didn’t disclose that we’re a bit surprised by this. While Trump did have some good moments and successes during the debate, Clinton is the more perspicacious debater and came across as more knowledgeable and more competent throughout much of the evening. As news commentary circulates concerning the debate results, it may end up influencing, or manipulating (depending on where you get your news from) the public at large, in which case the odds could shift again. The next few weeks we will see some movement in the polls and the odds, and they will are liable to move more in unison from here on out.