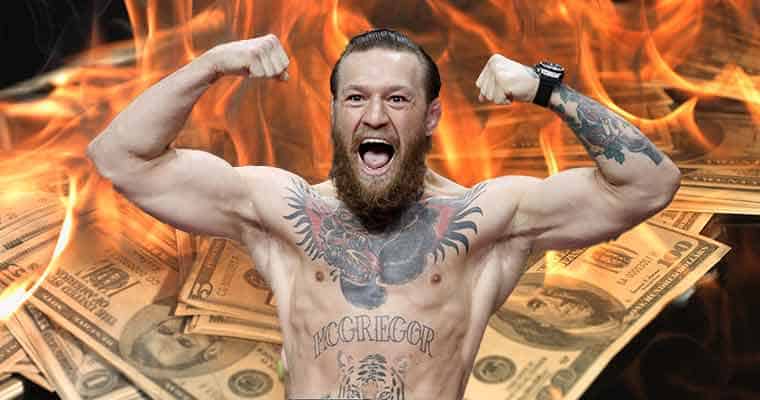 Conor McGregor is an international celebrity that attracts more viewers and bettors than any other combat sports fighter competing today.

He’s 22-4 in professional mixed martial arts action, hardly an invincible force in the Octagon, yet still draws more focus than any other combatant on the MMA scene, especially when it comes to betting on the UFC, the world’s top combat sports promotion.

McGregor’s in-ring antics and interview promos resemble that of professional wrestling, and for good reason. Just like in pro wrestling, you’ve got to talk butts into arena seats and in front of TVs for pay-per-view buys, and he’s better than anyone the game has seen in that regard.

There’s no doubt that betting on sports represents a massive sea of wagering opportunities where MMA and the UFC are merely a significant current in that body of water.

Many online sportsbooks are thankful for the UFC and their ability to stay afloat during the COVID-19 pandemic that caused nearly every major sport to shut down on a global scale in early 2020.

The UFC was able to continue to hold routine pay-per-view events to the delight of fans and sports bettors and the promotion has experienced an uptick in television ratings, PPV buys, and additional MMA betting odds at sportsbooks, both domestic and international.

Conor McGregor is a different animal altogether. Sure, he’s a beast when going head-to-head with another martial artist, utilizing his unusual striking ability and unorthodox in-ring behavior to load up his bank account with heaps of cash.

McGregor is on another level of fame, drawing the interest of Hollywood producers and others looking to cash in on his fame.

You can profit on McGregor, too! If you’re interested in earning a little extra coin for your bankroll this Saturday night, check out UFC 257 and watch it all go down between Connor McGregor and Dustin Poirier with the winner ensured of a follow-up bout for the UFC Lightweight Championship.

If McGregor can defeat Dustin Poirier as he did in 2014, he plans to move on to the title bout and become an active fighter for the better part of the next 2 years.

McGregor’s return to the UFC schedule would be a delight to all combat sports fans, and would certainly help the promotion continue its upward trajectory.

If McGregor defies the UFC odds and loses to Poirier, then it could be tough sledding ahead for him and his team as their next few fights would not likely come with a title shot attached.

Either way, have a look at the following UFC betting lines from BetOnline MMA Sportsbook that not only asks who will win the match, but how, and when it will happen. Happy betting!

Fight Ends in the First Minute