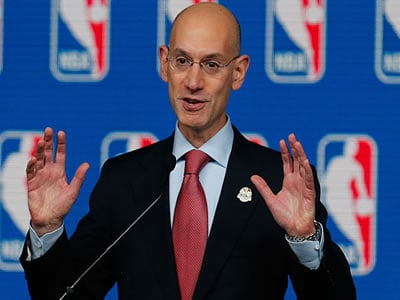 The NBA has historically been strongly opposed to the expansion of legal sports betting in the United States. The PASPA law prohibits this type of entertainment everywhere in the US with the exception of four regions., including Nevada, Oregon, Delaware and Montana. As New Jersey moves forward with legalizing sports betting for their residents and visitors, the NBA is actively participating in legal opposition to the state’s position on the matter, clearly trying to ensure that there is no expansion in legal NBA betting options in the US.

While the official position of the NBA is being demonstrated in New Jersey, their new Commissioner, Adam Silver is calling for legislative reform on the federal level to enable state based legal sports betting nationwide so that states have the option of permitting this type of betting for their residents. In fact, Silver wrote an opinion piece concerning the matter in the New York Times. He recognized that sports betting does exist in the United States in the form of underground transactions or offshore sportsbooks online. He feels if it were to be made legal, then it could be brought out into the open through a safe gambling environment that is monitored and regulated.

The primary drive for those opposing the expansion of the US based sports betting industry is the risk of compromising the integrity of the games. These opponents do have a leg to stand on due to several gambling related scandals that have taken place over the years. Such scandals date back to the 1919 Black Sox and as recently as 2007 when an NBA official admitted that he places wagers on basketball games, including those in which he is officiating. This incident occurred when Dave Stern was the active NBA Commissioner.

Stern is another strong proponent of legalizing sports betting throughout the US. He stated in an interview with Sports Illustrated that he agrees with Silver’s approach to creating a federal infrastructure in which legal sports betting can be subject to the necessary regulatory oversight that reduces the risk of unethical practices related to gambling, such as fixing the game and point shaving. The ex-NBA Commissioner didn’t always feel this way. Not so long ago he was a vocal opponent to expanding sportsbook wagering in any capacity. His views have since softened, and he indicated that he feels that the NBA’s involvement with daily fantasy betting through sponsorships and partnerships demonstrates an evolving corporate view of gambling on the part of the NBA.

Some people don’t agree, particularly the state of Delaware who was forced to offer lottery parlay betting services rather than individual game betting due to the NBA’s legal opposition. Others in New Jersey are watching the professional sports leagues, including the NBA, make life difficult for state lawmakers with legal challenges to their move on sports betting. To some it may appear that the NBA and other professional sports leagues only work cooperatively with any type of perceived gambling industry, such as fantasy sports betting, when it benefits their bottom line.