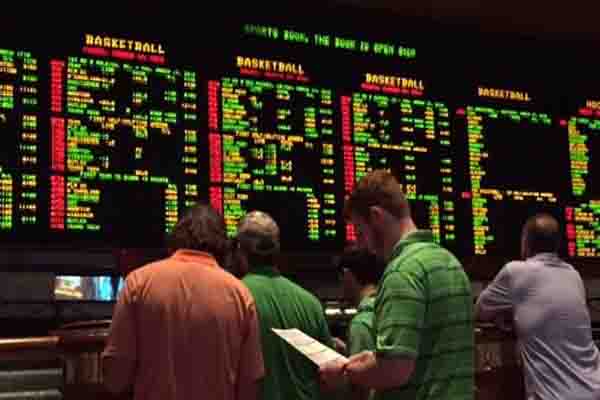 Even though New Jersey led the crusade against the Professional and Amateur Sports Protection Act (PASPA) in the fight for legal sports betting, they weren’t the first state in the post-PASPA era to launch a local sports gambling network. Now, Governor Phil Murphy has finally made NJ sports betting official by signing bill A4111 into law. Murphy confirmed the news via a statement shortly after in which he pointed towards new business and new fans.

States would not be allowed to vote in sports betting if it weren’t for New Jersey. The Garden State took on the Professional and Amateur Sports Protection Act head on. They also battled with the major professional sports leagues. The case was long overdrawn with multiple points of defeat throughout, but New Jersey persevered and got the decision they needed via the Supreme Court.

With PASPA officially off the books, Delaware moved quickly and got their sports betting market off the ground. Several other states including Mississippi, Pennsylvania, and West Virginia did the same. New Jersey also had legislation waiting in the wings, but the difference between these states and NJ is that New Jersey is ready to launch sports gambling within 72 hours of the bill being signed into law. Monmouth Park, a local gambling venue, plans to open their new sportsbook this week allowing residents to jump right into the action.

NJ’s legislation permits all brick-and-mortar casinos and racetracks to begin accepting bets. The legislation also allows these establishments to request approval for mobile and online betting after 30 days. The Federal Wire Act is another federal law still in play that could slow the process of online betting, but it seems that states aren’t too worried about it. Mobile betting presents a lucrative market that aligns well with the current landscape of gambling and sports streaming.

As far as what is fair game in New Jersey, most sports are. All professional games are fair play, including the NFL, NBA, MLB, and NHL. Residents can wager on NCAA games as long as they do not involve a New Jersey-based team. There are some specific conditions with New Jersey that are interesting. For example, Golden Nugget (a NJ gambling venue) owner Tilman Fertitta owns the Houston Rockets, so NBA betting will not be allowed in his establishment due to conflict of interest. Any individual closely related with a professional sport in an official capacity will not be allowed to wager on that particular sport. Whether or not this is actually enforced is another question.

All casinos will pay 8.5% of their revenue with land-based wagering to the state, while 13% is taken from online wagers in New Jersey. The sports leagues will not receive a dime off of any NJ sports betting venue, as the legislation is devoid of any integrity fees clause or anything like that. New Jersey may have come in third place after Nevada and Delaware regarding the timing of their launches, but New Jersey sets a precedent of its own that other states will look to model after in the future.