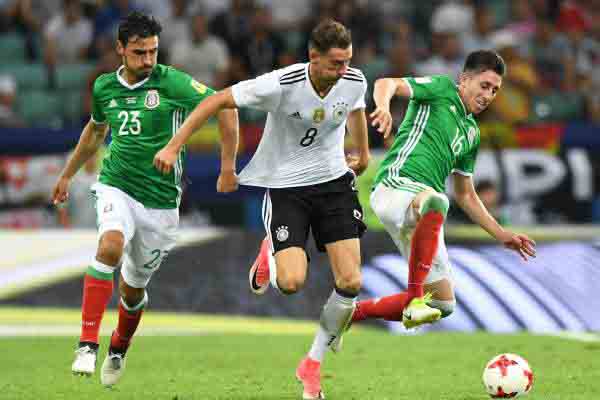 The World Cup is here and everyone is feeling soccer fever. Aside from being the most televised sporting event in the world, the World Cup also rakes in a high number of wagers. The oddsmakers’ favorites to win it all this year are Germany, Brazil, and Argentina. However, neither team won their first game of the tournament. While there is still plenty of soccer to be played, is this a bad sign for those betting on the favorites?

Argentina was the first of the Big 3 to play in the tournament. Iceland, the smallest nation to ever qualify for the World Cup, was their first opponent. Iceland made waves in the 2016 Euro Cup and advanced to the Round of 16 despite all odds. The national squad is made up of working-class citizens, some of which had to take time off to play in the World Cup. On the other hand, Argentina is full of stars. They have arguably the best player on the planet in Lionel Messi as well as other notable players like Sergio Aguero, Angel Di Maria, Marcos Rojo and Nicolas Otamendi.

Iceland had the first chance early on and put the Argentinians under pressure. Messi responded shortly after with a lightning bolt shot, though Iceland keeper Halldorsson punched it away. Aguero broke through minutes later with a wonderful turn-and-shoot that struck the top left corner. It seemed that Argentina would put away the underdogs. However, Iceland answered back quickly with a messy play that resulted in a rebound shot. In the World Cup, it doesn’t matter how you get your goals but just that you get them. Iceland tied things up against one of the best squads in the world. All seemed lost for Iceland when they gave up a penalty. Messi stepped up to sink what was thought to be an easy shot, but Iceland’s keeper became the most famous man in the country in denying him. The teams both received a point from the fixture.

Germany, the defending World Cup champions, took on Mexico in their first match. The Germans had most of the possession but appeared sluggish in their attacks. On the other hand, Mexico made the most of their chances and put some early pressure on keeper Manuel Neuer. Their pressure finally amounted to something when Mexico scored off a quick counterattack. The Germans were left stunned and couldn’t muster anything before the break. The second half featured more of the same with Mexico squandering a couple of chances to put the game away. Germany’s best effort came through Toni Kroos, but his shot hit the post. The defending champions were left scratching their heads after losing their opener.

Brazil looks like one of the best squads in the tournament on paper. They have Neymar, Gabriel Jesus, Willian, Coutinho and many more talented players. Their first match against Switzerland was expected to be a breeze and it seemed that way after Coutinho scored off a wonderful long-range shot. However, the Swiss were physical on the ball and kept the pressure up. Their strength helped on a set piece in the 50th minute when an unmarked defender put one in the net off a corner. Both squads were unable to score after that point and the game ended 1-1.

So, what do we take away from these matches? Argentina looks to be continuing their trend of collapsing under pressure. Messi needs to capitalize on penalty kicks instead of squandering chances. Also, they will face tougher competition than Iceland. Germany took a knock on the chin and their pride with this loss. Hopefully, this game serves as a wake-up call. They look particularly vulnerable on the counterattack. Brazil needs to step up their physicality if they are to go far. They have the skill and flair, but Switzerland revealed a weakness in being able to body them off the ball with such ease.

From a World Cup betting standpoint, these 3 teams are still favorites in most matchups. However, these games go to show that anything can happen in the World Cup. These squads are here for a reason and bigger nations like Argentina, Brazil and Germany are not immune to upsets. Be sure to keep an eye on these teams as the soccer tournament progresses—this goes for Iceland, Mexico and Switzerland as well.