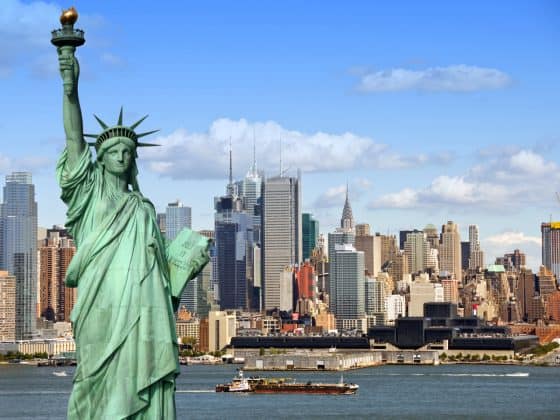 The state of New York is gearing up to be the next state to usher in legal online poker. Proposed Senate Bill 3898 passed through the Senate’s Finance Committee on Tuesday, May 9. The bill passed unanimously through the Senate’s Racing, Gaming, and Wagering Committee earlier this year and now moves up to the general Senate for review. Supporters of the legislation are hopeful that this time their efforts to get the state to embrace legal online poker will not be in vain.

This progress, albeit fortunate for those in favor of the bill, is taken with a grain of salt. This isn’t the first time New York has tried to push online poker. There was an effort made last year, though it was stifled by Assemblyman Gary Pretlow and his indecision over the matter. Pretlow listed a litany of issues wrong the endeavor, citing fair play, potential gambling addictions and the argument over whether poker is considered a game of skill or not. The bill ended up being tabled but has since gone on to pass every hurdle set out before it in 2017.

Pretlow himself addressed the matter in the media earlier this year. He stated that he doesn’t see much, if any, opposition to the bill this time around. This sudden change of heart is likely due to his trip to New Jersey, a state where they already boast a legal and regulated online poker market. Not only is New Jersey running an effective online gambling operation, but a lucrative one as well. It has been reported that New Jersey pulled in over $21 million in revenue from the new industry, a figure New York would like to emulate.

Senator John Bonacic is the architect behind the bill and with Pretlow’s support there is confidence it will go through. S3898 will establish games like Texas Hold ‘Em and Omaha Hold’em as games of skill. The bill stipulates that the responsibilities of licensing and regulation would fall to the New York State Gaming Commission and there will be a 15% flat tax on any revenue from the sites. A total of ten providers will be granted licenses and allowed to operate in the state with a licensing fee of $10 million paid by each. Money accrued from the taxed revenue could be turned back into the state and used in various facets of infrastructure.

Part of the opposition against this legal online poker market is concern over verifying the age and location of users. NY residents should be the only ones allowed to use NY online poker sites and, per the state’s gambling laws, users should be at least 18 years of age. Pretlow brought this up in his media interview by saying he learned a lot from how New Jersey operates. NJ uses a GPS-based tracking service to ensure all of the users on its online gambling sites are located within state lines. Age verification is the trickier of the two, but age verification can be bypassed on most 18+ sites.

If New York is able to pass this bill and create a legal and regulated online poker market, the industry will claim another victory in the ongoing fight for widespread legalization. States have the right to decide if they want online gambling or not, and NY is showing initiative in trying to become one of the few states to do it. If New Jersey’s success is any indication of what it can bring, and if New York can find similar success, many states will likely soon follow suit.