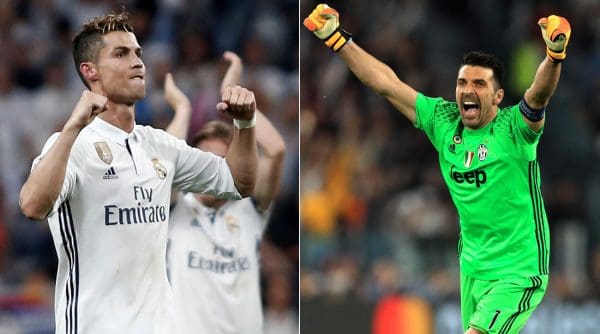 Real Madrid and Juventus have booked their spots in Cardiff for the UEFA Champions League Final on June 3. The two teams have been dominant throughout the tournament and showed they deserve to be in the final during their respective semi-final matchups.

Juventus played up-and-coming Monaco and ended up advancing to the final 4-1 on aggregate. Juventus has been one of the toughest teams to score on in the tournament with a stout defensive line and veteran goalkeeper Gigi Buffon. Their offensive prowess has been evident throughout with outstanding displays from Gonzalo Higuain, Paulo Dybala, Mario Mandzukic and Juan Cuadrado. Defender Dani Alves was perhaps their best player throughout the semi-final, adding several assists and a wicked volleyed goal on top of his already impressive defensive effort. Monaco was one of the highest scoring teams in the tournament, especially in recent fixtures, but Juventus’ shape and discipline were able to keep them at bay. Defense will be of the utmost importance against Real Madrid, who possess some of the best football talent in the world.

Real Madrid faced rivals Atletico Madrid in their semi-final matchup and advanced 4-2 on aggregate. Real were the best team throughout both legs, dismantling Atletico with a high defensive press and a hat trick from Cristiano Ronaldo. Atletico appeared to have some fight left in them during the second leg after going up 2-0 inside twenty minutes, but a combined attack from Karim Benzema, Toni Kroos and Isco Alderon sealed Atletico’s fate. Real goalkeeper Keylor Navas had an outstanding game with some vital saves. For the final, Ronaldo will look to continue his run of Champions League goals, though he will be up against the best defense in the tournament so far. Real’s winger Gareth Bale, who has been plagued by injuries throughout the season, is a question mark for the final, though Real may decide to keep Isco in the lineup to not break up the team chemistry.

There is no second leg to the Champions League Final, so both teams will have to come out with their strongest team. Strategy will play as much of a role as passion. There are players on both sides who can change the game in a matter of seconds, leaving no room for error when it comes to marking players and playing consistently throughout 90 minutes. If there is no winner at the end of regulation, extra time and penalties will determine who will write their name in the history books.