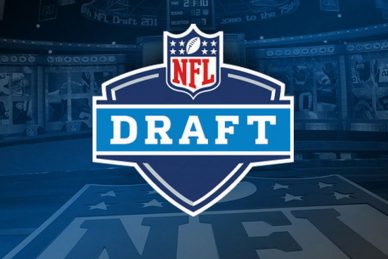 The Nevada Gaming Control Board has decided to offer prop bets on the NFL Draft via the state’s regulated sportsbooks. This decision has upset some on the grounds that is a violation of the Professional and Amateur Sports Protection Act, or PASPA. Interestingly enough, Nevada is one of four states exempted from PASPA. PASPA was designed to prevent new forms of sports betting from surfacing, which could give those against the proposed Draft bets a case, but Nevada doesn’t expect any sort of action to be taken. This will be the first time bets on the NFL Draft are available in the state.

Bettors won’t be able to bet on which players get drafted at which order, but rather will be able to make a series of prop bets surrounding the Draft. For example, you’ll be able to bet on the number of players drafted from a particular college in the first round, which conference will have the most players drafted, total number of X position drafted in the first round, over/under on the number of wide receives drafted and more. There are a total of 17 approved prop bets for this year’s NFL Draft, which is set to take place from April 27-29. All bets must be placed by April 26 in order to be taken into account. Legal online football betting sites have been offering these types of lines for some time, but betting on the NFL draft will be a new option for sports fans placing bets in Sin City.

This isn’t the first time prop bets like these have been offered. Vegas sportsbooks have offered betting lines on the Heisman Award, Super Bowl MVP and more. These types of bets add a new element to the usual brand of sports betting. They also test the predictive skills of NFL fans, something seasoned followers love to bet on.

This decision is yet another pivotal one in the ongoing saga of sports betting controversy in the US. PASPA has been in effect since 1992 and bans state-regulated sports betting in 46 states. Several states have started pushing back against PASPA with legislative efforts that would legalize sports betting. These bills wouldn’t be able to go into effect until PASPA is repealed. The major professional sports leagues have long been against sports betting, but as of late have been expressing a more progressive stance and even being open minded about the possibility of legalized sports betting in the US. The NBA has come outright and stated they support legal sports betting.

The MLB is the next biggest supporter, with owners meeting to discuss the possibility. The NHL seems to be taking a passenger standpoint on the issue and waiting to see what happens. The NFL, which has always been the most anti-sports betting league, has even suggested it. Their stance against sports betting lost credibility when they partnered with various DFS contest providers and when they approved moving the Raiders to Las Vegas. The NHL also brought a franchise to Vegas and betting lines will more than likely be available on both teams.

The success of these Draft Day betting lines will likely have a ripple effect that extends to the respective drafts of the other professional leagues. If that is the case, more and more prop bets will come up and turn into more bets being placed. The success of the new Vegas franchises will also have an effect on the sports betting industry. There are things happening on a federal level with the Supreme Court and Solicitor General weighing on sports betting in the case of New Jersey. All of this points towards some form of systematic change within sports gambling, change that could finally lead to widespread legalization and regulation.

For those of you who can’t make it to Vegas to place bets next week, various US friendly online sportsbooks are offering betting lines on the NFL draft, such as BetOnline Sportsbook.