Skip to content
HomeNewsOdds on Uruguay’s First Copa America Match of the Season: Too Close For Comfort 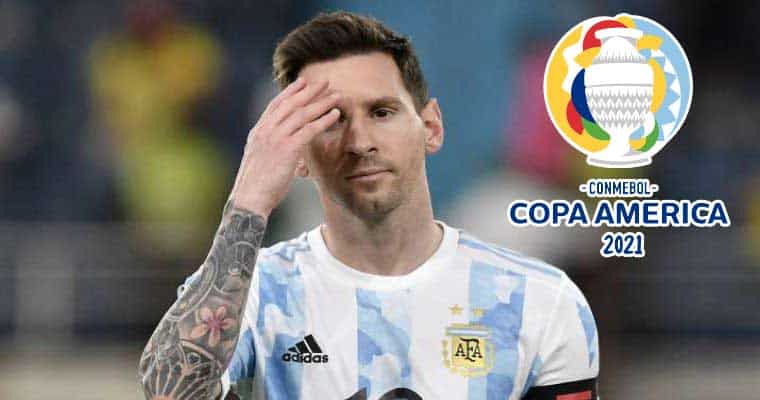 Making their late debut at the 2021 CONMEBOL Copa America Tournament, Uruguay’s national soccer team will be facing off against Argentina on Friday, June 18. Being the most decorated team in the CONEMBOL league, Uruguay’s return to the field begs the question of whether the country will take home a 16th Copa America title.

Argentina is currently coming off their first game of the tournament, where the game ultimately ended with a draw. The game was high-tension throughout, as Argentina sunk their first goal on a free kick from team captain Lionel Messi.

Within 20 minutes, Chile evened out the score after forward Eduardo Vargas salvaged a blocked free-kick by making a header straight into the net. For the rest of the game’s duration, the two teams pushed back and forth against one another even with eight minutes of overtime.

The results of this game were surprising to many as several betting lines were anticipating a secured win for Argentina.  This further complicates predictions for the team’s upcoming match against Uruguay.

Uruguay fans were able to catch a preview of the team’s gameplay for the year during the FIFA World Cup Qualifiers. On June 8th, Uruguay drew with Venezuela with a final score of 1-1. The Venezuelan National Soccer Team has been improving throughout this year but still had an exceedingly difficult time against Brazil on Sunday, losing 3-0.

While the Venezuelan team might have just had a bad day of play, the Brazil game took place only a week after their match against Uruguay. The results of this match offer us another lens through which to view and anticipate Uruguay’s performance against Argentina on the 18th. Having drawn with Venezuela may indicate that the team is losing its shine.

The moneyline odds on Friday’s game are extremely tight, signaling that the match could truly go any which way. A win for Argentina shows odds of +110 while a win for Uruguay sits just behind it with odds of +270. A draw between the two teams shows odds of +230 via Bovada.

Although placing money on any of these outcomes could reap decent rewards, it seems that a win from Argentina is the favored result. Between Messi’s incredible 30-yard free kick on Sunday and Uruguay’s tense game against Venezuela, that prediction is highly plausible.

However, Uruguay has not touched a Copa America field yet this year and will undoubtedly come out swinging─ or kicking, for that matter.

CONMEBOL Copa America will be running through mid-July and betting lines for the upcoming matches are already active!