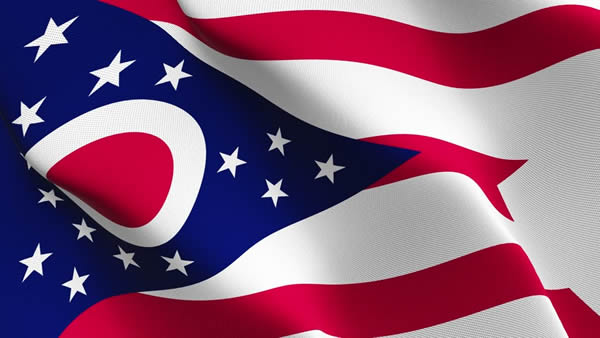 Ohio recently became the 18th state in the country to legalize Daily Fantasy Sports. Governor John Kasich signed House Bill 132 into law, legislation that followed closely to that of other states with legal DFS. While this is an impressive feat in the fight for legal sports gambling, does it bode well for full-blown sports betting in the Buckeye State?

Regarding Daily Fantasy Sports, the new bill established several benchmarks. The annual licensing fee for DFS operators is $10,000 maximum. There is to be no tax on operators, and kiosk-based betting is prohibited. Horse racing is not included in the legislation. All accrued funds go to the Ohio Casino Control Commission.

Representative Jonathan Dever is the driving force behind the bill. He stated that he and his team have been working on the legislation for quite some time and they are proud to see it come to fruition. One of the biggest points of the legislation is consumer protections, and Denver made that a top priority for Ohio’s DFS market. With this bill, Ohio joins Arkansas, Colorado, Delaware, Indiana, Kansas, Maine, Maryland, Massachusetts, Mississippi, Missouri, New Hampshire, New Jersey, New York, Pennsylvania, Vermont, Virginia and Tennessee as pro-DFS states.

DFS is only a facet of the entire sports gambling sector. And, as is the case with any state that passes DFS legislation, questions are looming on whether they will continue on with widespread sports betting. There is a piece of federal law known as the Professional and Amateur Sports Protection Act that bars 46 states from authorizing sports gambling. Ohio is one of the 46 blacklisted states, though DFS does not fall under the ban’s enforcement.

New Jersey is currently in an ongoing legal battle with the Supreme Court over the constitutionality of PASPA. Some states have already put legislation in the works in case NJ wins and the federal ban on sports betting is stricken down. Pennsylvania, Connecticut and Mississippi are 3 significant ones to do so. Ohio’s stance on the matter is still questionable.

Rep. Dever stated that while the regulatory framework is somewhat in place, it is difficult to determine if anyone is actually interested in the market from a governmental side. Senator Bill Coley, a champion for sports betting (Coley pushed the Senate version of the DFS bill through), has apparently indicated he wants to push for legal sports wagering. It would take some serious legislative firepower, as Ohio’s state constitution specifically prohibits bookmaking, though standing constitutions can always be amended.