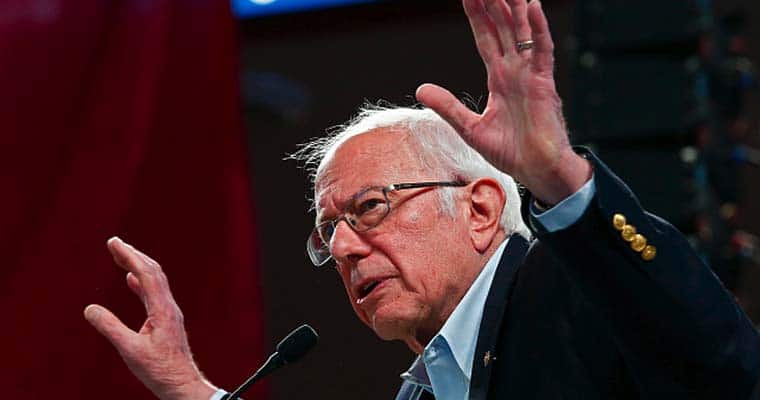 Just a few short months ago, Bernie Sanders was the darling of the Democratic Party and held the best political betting odds to run head-to-head against President Donald Trump this fall. Now, with Sanders exiting the race, Democrats are ridin’ with Biden and hope to capture the White House in November.

The state primary election results represent a rejection of Sanders’ campaign platform. CNN reports that Biden is the “establishment” candidate and that the country still feels more comfortable with a known option as opposed to a radical new socialist-leaning agenda that will likely feature unforeseen economic impacts.

Joe Biden’s chances of becoming President are drawing very close to even, with Trump still holding a slight edge. The odds have been tightening since the Coronavirus pandemic began to take hold of the United States, but have stabilized in the past week, possibly indicating added confidence in the President’s handling of the situation.

Although Trump is a slight favorite in the overall election odds, other betting lines suggest that the Republican Party will lose the 2020 Presidential election and is a sure-bet to lose the general election for the second time in a row.

Which Party Will Win The Popular Vote In The 2020 Presidential Election?

Although the odds are strikingly low, there is still a chance that the Democratic Party will have a brokered convention in 2020. Biden seems certain to attain the nomination, but anything within the realm of possibility can happen between now and then. If one were to bet on a brokered convention to occur, a wager of $900 would be required to earn a payout of $100.

A brokered convention also leads to the possibility of a new candidate for President to emerge for the Democratic Party. An entertainment betting line featuring potential replacements contains a list of high-profile names, all with a very low percentage chance of winning.

Also included are odds for the Republican Party’s eventual candidate. Bill Weld left the race recently, and Trump has the nod locked up, but he could get impeached, or even worse, die, before November. The odds suggest either of these outcomes has a low probability of occurring, but a large amount of cash can be earned if you bet on one of the other candidates and they somehow win.

Will The Democrats Have A Brokered Convention In 2020?

Now that Biden has Trump to focus on, he will announce his Vice President running-mate so that they can jump-start the propaganda machine early. Kamala Harris has been a front-runner since odds were first released, but look out for dark horse candidate Gretchen Whitmer. The Michigan Governor is no stranger to going head-to-head with Trump and has been in the headlines as of late.

One thing that seems like a foregone conclusion is that the Democratic VP candidate will be female. Sites that offer legal betting online have included LGBTQ options as well, making this an enticing field of possibilities for Biden to select from.