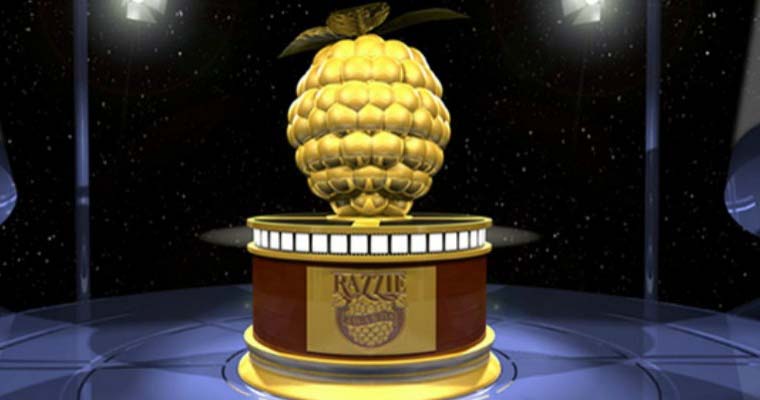 Have you ever went to see a movie where after it is over, you say to yourself: “Wow, that movie was so bad it should win an award for being the being the biggest flaming pile of poo I’ve ever seen!”

And while you likely won’t get your money back from the theater for seeing said flaming pile of poo, you can at least bet on whether that film will be honored during the Golden Raspberry Awards ceremony by being presented with the prestigious $4.97 trophy — The Razzie — that is given to the worst movies, performances, and film ideas from the previous year.

In fact, for just $40 for the first year and $25 for each year after, you can join over 1,000 people and be apart of the Golden Raspberry Award Foundation that votes on which movies win the coveted Razzies.

A tradition that dates back to 1981, the Razzie Awards are now annually handed out the night before the Oscars are presented during the Academy Awards for the previous year’s best films and performances — and just like the Oscars, there are betting odds posted every year for which “movies” deserve to be at the bottom of the bargain bin.

Below you can find current betting odds on each of the nominees that were chosen from the worst movies of 2018. The Razzies will be awarded during the 39th Golden Raspberry Awards on Saturday, Feb. 23, 2019, and you can watch the ceremony from the Razzie Channel on YouTube.