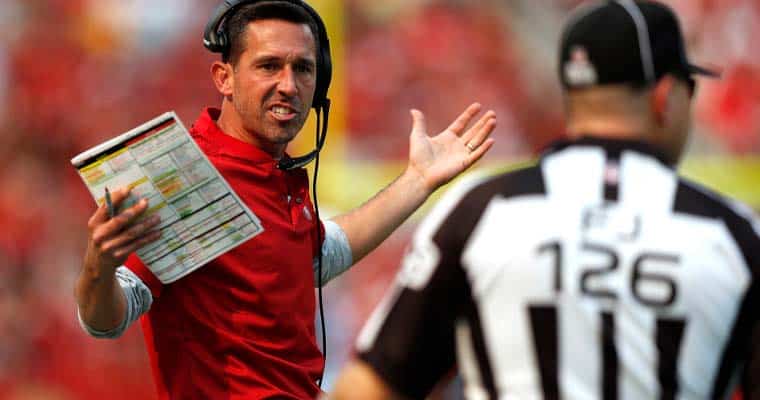 Sometimes coaches get too much blame for a team’s poor performance or too much praise for a team that could do just as well without them. However, there are times when coaches are vital to the operation and deserve to be awarded accordingly.

Every year, the National Football League gives one coach the AP Coach of the Year. Based on the odds from Bovada, San Francisco 49ers head coach Kyle Shanahan (+1000) has the best chances to win the award for 2019 despite going 4-12 last season and 6-10 the year before that.

The 49ers will get their franchise quarterback, Jimmy Garropolo, back this season after a torn ACL in Week 3 sidelined him for most of 2018. San Francisco has average odds to win the Super Bowl this season at +3000 via Bovada, so if Shanahan can lead the team to the playoffs, there’s a chance he does get Coach of the Year.

But if the Cleveland Browns do as well as expected, their head coach will likely claim the COY title. Freddie Kitchens has +1100 odds to win Coach of the Year, propelled by the star power of QB Baker Mayfield and WR Odell Beckham Jr.

The Browns (+1200) are the sexiest Super Bowl pick this season, so Kitchens could ride the wave of popularity to success himself.

The next best odds belong to two former-COY winners. Sean McVay of the Los Angeles Rams and Bill Belichick of the New England Patriots both have +1200 odds to win the award again in 2019. Belichick has won the award three previous times in 2003, 2007, and 2010. McVay won in 2017, his first season as the Rams’ head coach.

While the award represents a successful season for the coach, it does not always equate to postseason triumphs. Belichick’s 2003 Coach of the Year was the last time a coach won the award and the Super Bowl in the same year.

For a full comparison of all 32 NFL head coaches and their odds to win the AP Coach of the Year award, refer to the list below.