Skip to content
HomeNewsSCOTUS And The Death Of PASPA 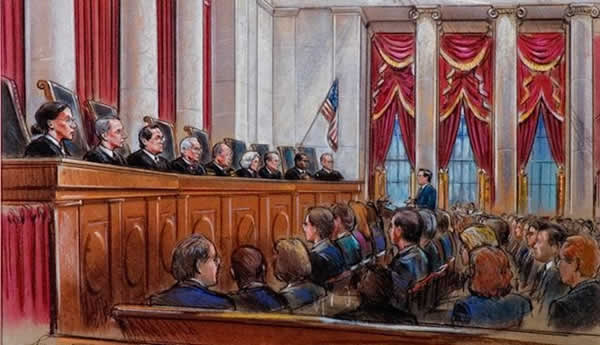 It is a historic day for sports betting in the United States. The US Supreme Court ruled in favor of New Jersey and officially declared the Professional and Amateur Sports Protection Act (PASPA) unconstitutional. With the law stricken down, states now have the right to offer regulated sports betting options to residents.

Justices ruled in favor of New Jersey by a 6-3 vote. This decision is monumental in the ongoing fight for sports betting legalization in the United States. PASPA first came about in 1992 and made it illegal for 46 states to offer regulated sports gambling. For over 25 years, Las Vegas cemented its place as the sports betting capital of the country since Nevada was really the only state able to offer single-game wagering options (Montana, Oregon and Delaware had other sports gambling options available). Now, the 46 states previously restricted from hosting sports betting options are free to do so.

None of this would be possible if it weren’t for New Jersey pushing the envelope with their ambitious legislation back in 2012 and then again in 2014. The Garden State took the major sports leagues and federal government head on in their pursuit of what they conceived to be a state’s right. With this move, multiple states that have passed pro-sports betting legislation can put their plans into motion. These include states like West Virginia, Mississippi and more.

These states that were able to pass legislation early will be the first to offer this new wave of sports betting options. All others will likely scramble to get some type of legislation in so they can begin rolling out their proposed framework. For states with Indian tribal compacts, this will be a tougher task, but at least no state has to worry about the federal ban on sports wagering any longer.

Justice Samuel Alito made an interesting remark about the outcome of the case. He noted that sports betting legalization requires an “important policy choice,” however he does not believe it is theirs to make. This comment looks good on the surface, but it points towards another outcome that could be troublesome. This SCOTUS decision frees up states to do what they want on sports betting legalization, however Congress could step in and impose a federal regulation on sports gambling.

If this does happen, expect multiple states to probably attempt to fight any sort of federal regulation. It seems counterproductive seeing as the states just achieved a major victory regarding states’ rights, but anything could happen. By the time Congress comes together on this matter, several states will have sports betting in the works. This means it will be difficult to undo the changes established in the wake of PASPA’s demise.

For now, consider this SCOTUS decision the biggest victory for sports betting in the modern era. By the end of this year, American citizens will have more legal domestic betting options outside of Nevada. Expect more developments in this new landscape. It is an exciting time for sports betting in the US and we all have New Jersey to thank for that.