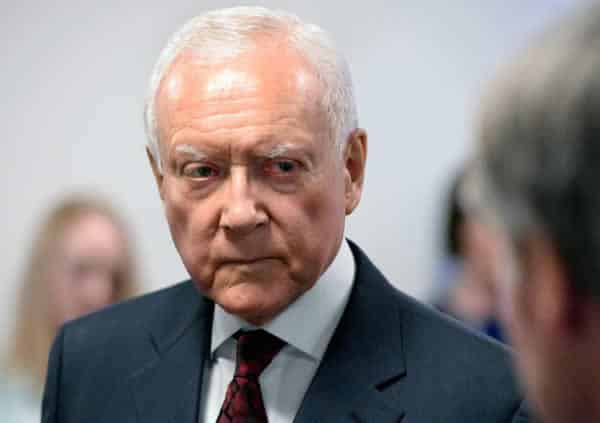 The recent SCOTUS decision regarding PASPA was groundbreaking in the sense that it opened up a world of sports betting possibilities in the US and delivered the death of PASPA. As with most stories, there is a negative side lurking amidst the good news and that side is now rearing its ugly head. US Senator Orrin Hatch announced his plans to introduce a bill on federal sports betting regulation, which would offset the progress of individual states implementing their own regulatory frameworks.

To be fair, this was the most obvious move for the government following the Murphy vs. NCAA decision. SCOTUS repealing PASPA gives states the power to vote in legal sports betting should they choose to do so. This is similar to the Department of Justice’s 2011 decision regarding the Federal Wire Act that gave states the right to introduce legal online casinos and poker. Each of the 46 states previously affected by PASPA, and even Oregon, Montana and Delaware, can now introduce individual legislation that sets up different regulations. In Senator Hatch’s opinion, this is a recipe for disaster.

The Supreme Court noted that Congress has the right to step in and impose federal regulation. This is different than what PASPA did, because PASPA prohibited states from authorizing any sort of betting, whereas a federal regulation would simply administer control protocols on the entire market. SCOTUS wrote that if Congress chooses not to do so, regulatory action falls to each individual state on their terms. Senator Hatch believes Congress needs to jump on this opportunity to establish a regulatory foothold in order to avoid what he calls “uneven enforcement.”

While states are hoping that Congress won’t do anything, the major leagues that just lost the PASPA case are hoping they do. The NBA and MLB began lobbying heavily in states pushing out sports betting legislation prior to the SCOTUS decision. They knew the federal ban was likely on its way out and wanted to establish a foothold that would grant them a piece of the revenue legal sports betting will bring. They specifically wanted a 1% integrity fee and data exclusivity rights. Some states met them halfway and wrote some conditions into their legislation that appeased the leagues while others like West Virginia passed legislation without meeting any of their demands.

Having federal regulation on sports betting would mean consistency across the board. This is obviously a more appealing option to the sports leagues, especially given their recent struggles negotiating with states. The NFL recently spoke out on their support of federal regulations. If this happened, the leagues would have a greater chance of getting some piece of the betting action as opposed to having to battle it out in every state.

There is no definitive timeline on when a bill will surface. While Senator Hatch’s intentions seem to be in a good place, the fact that he was one of the co-authors of PASPA raises multiple questions. All states can do at this point is get their legislation approved as fast as possible before Congress gets something out. Senator Hatch is set to retire at the end of this session, so this could be his final move as a Senator, meaning states have a tight window to get anything done.