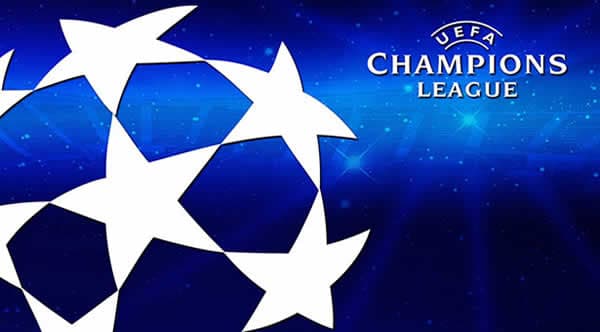 The UEFA Champions League quarterfinals continue this week with matches on Tuesday and Wednesday.  This is one of the most popular soccer leagues in the world. Some teams find themselves in difficult spots based on the aggregate goal differential, especially those who were scored on at home. Betting analysts are picking Manchester City, Bayern Munich, Barcelona and Real Madrid to advance to the semifinal round.

While Manchester City may be favored to advance, they must score at least 4 goals to do so. They’ll be playing at home in the second leg, but they just lost at home to rivals Manchester United. As if that isn’t bad enough, they were up 2-0 at halftime against United but conceded 3 in the second half. Liverpool’s strategy worked in the first leg—maintain a high press and work off the counter. Their main attacking 3 of Mohamed Salah, Sadio Mane and Roberto Firmino were all involved in the goals scored. If Liverpool manages to score an away goal, that makes City’s task even more difficult. City rested key players like Kevin De Bruyne and Sergio Aguero ahead of this match in hopes they can provide the spark needed to make it through. This game takes place Tuesday at 2:45 p.m. EST.

Bayern Munich and Sevilla play on Wednesday in Munich. Bayern just wrapped up the Bundesliga title and will be fresh and ready to face the Spanish side. Sevilla performed well at home, albeit an own goal, but Bayern managed to score 2 away goals and walk away winners. Sevilla did manage a goal, but they still need 2 goals to get past Bayern. Bayern’s roster is undoubtedly better and their at-home form is tough to beat. If Sevilla want to win, they will need to maintain possession and keep Bayern from getting into a rhythm.

Barcelona travels to Rome to face Roma on Tuesday (same time as Man City – Liverpool). The first leg ended 4-1 and was ugly for Roma, who before this game were looking solid. Perhaps it was nerves or a lack of preparation, but Roma conceded 2 own goals to help Barcelona out. It is hard to beat one of the best teams in the world when you are already beating yourself. Luis Suarez, who has been goalless for some time, finally put one in to help his side and Gerard Pique finished off a strong defensive stoppage with a goal on the other end to finish things off. Roma will need to score twice to even things up while keeping Barcelona from scoring an away goal in the second leg. Edin Dzeko will likely be a factor again, but he needs to score faster than the 80th minute if they have a chance of getting through.

Real Madrid look ready to capture their third consecutive Champions League title. They crushed Juventus 3-0 in Turin. Cristiano Ronaldo scored a brace, which included a beautiful bicycle kick, and Marcelo scored off a nice give-and-go to put the game to bed. Juventus couldn’t muster much of anything except for a red card through Paulo Dybala. They will need more from Gonzalo Higuain, Dybala, Chiellini and the rest of the backline.

There are tons of legal soccer betting options for the Champions League matches. Oddsmakers may think Man City has a chance, but Liverpool could very well see this out. The only other upset that looks likely is Sevilla over Bayern, and even that is a stretch. Real Madrid and Barcelona are playing masterfully and could be a potential finals matchup.