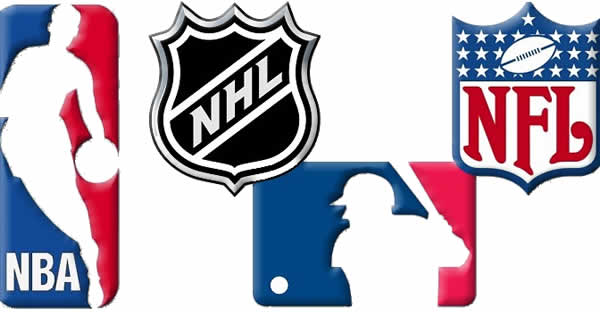 The NBA and MLB finally have an ally in their quest for their version of a legal sports betting bill—the PGA Tour. While other sports leagues have made comments regarding their supposed stance on the issue of legal sports gambling, no other leagues have come out in full support of what the MLB and NBA are doing. This could potentially change soon. If legal betting options are going to be on the table, these leagues want a part of it.

The PGA Tour joined the MLB and NBA at an Illinois hearing. The MLB and NBA were there pitching their legal framework for the state’s hopeful betting market and the PGA Tour was there in support. Commissioner Jay Monahan has confirmed his league’s stance, cementing them as the third major sports force in the country to step in. The US Supreme Court case with New Jersey is expected to end soon, so this no major surprise, especially given that Monahan launched an Integrity Program with Genius Sports to uncover betting corruption associated with the PGA.

There are still many different leagues at play. We have the NFL, Major League Soccer, NHL, UFC, LPGA Tour, NASCAR, Association of Tennis Professionals, World Boxing Organization and so on. The Olympics could even get involved if they so pleased. Some of these are more farfetched than others, so we’ll stick to the ones that make the most sense.

The NFL and NHL are the 2 next biggest leagues in play. It is somewhat surprising that NFL Commissioner Roger Goodell has not come out in support of his fellow sports league counterparts at this point. After all, he does have a new franchise in Las Vegas and has made comments about betting in the past. The NFL even had a meeting with owners recently to discuss the possibility of sports gambling and how it would play out. Given the current integrity fee model (1% of wagers placed), the NFL would stand to make more than any of the leagues. Perhaps they are holding out for something different.

Hockey is a popular sport in the US and would draw bets. There is also a franchise in Vegas. Commissioner Gary Bettman is adamant that sports betting is outside the narrative they want to portray—a family friendly environment. This seems interesting given that hockey is the only sport outside of fighting where you are allowed to fight. The NHL will likely do as it has throughout this whole ordeal and stay silent. They are the “little guys” compared to the other major sports leagues and will probably throw their bid in once the NFL makes a move.

Major League Soccer could benefit greatly through embracing legal sports betting. The league has been trying to promote soccer for years. They’ve done a pretty good job with launching new franchises and bringing famous international players over. If they throw legal betting into the mix, sports fans may start watching may soccer. For a growing league like the MLS, legal betting could be a solid avenue for publicity.

As far as the other leagues go, it probably won’t happen soon. The UFC already has problems of its own and NASCAR and the other leagues are so far out of the picture it just doesn’t make sense at this point. It seems that US based sports betting is quite possibly coming up soon, so now would be a good time for the NFL, NHL or MLS to join up with these other leagues in securing their integrity fees and data rights.