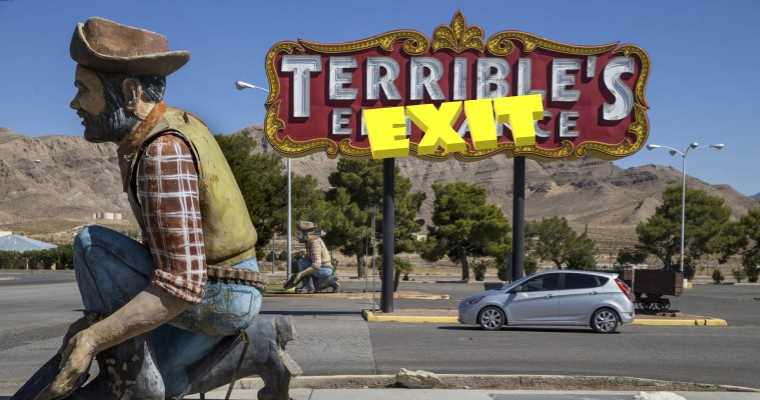 While we prefer to do the vast majority of our gambling at real-money online casinos – and that probably would still be true even if we lived right in the middle of Las Vegas itself – we still enjoy the occasional night on the town or weekend trip to nearby brick-and-mortar casino districts.

During the height of the coronavirus pandemic in 2020 and into 2021, of course, many of these venues closed down, and hundreds of thousands (if not actual millions) of regulars – and even occasional visitors like us – established new routines that didn’t include traveling to retail gambling houses.

That’s had a profound effect on the industry.

The biggest casino chains will no doubt survive, and that’s been more than borne out by various US casino districts pulling in record revenues as everything gets back to normal. But in traditional gaming districts – most notably North Vegas (aka “old Las Vegas”) and similar regions around the big tourist trap – countless smaller venues are facing legitimate uncertainty.

For some classic spots, like Terrible’s Hotel & Casino, COVID-19 has proved lethal.

And this isn’t an isolated story. The pandemic’s restrictions – along with both its direct and downmarket economic impacts – has caused numerous smaller casinos to close up shop for good.

In Terrible’s case, the situation is quite in line with the venue’s name.

It’s been three months since Terrible’s last updated its fans about the state of play, and it’s been nearly two years since the venue last opened its doors to customers.

Formerly operating as MGM’s Gold Strike, Terrible’s – sold to Jett Gaming in 2015 – had a unique charm emblematic of the smaller market casinos in Nevada.

As the big venues added newer machines with cutting-edge tech and cashless card-based payment systems, the old machines – the coin-op penny slots and CRT video gambling kiosks and similar – moved to the outskirts of Sin City.

“Gold Strike seemed like a dumping ground for old MGM machines during its ownership era. It was mostly coin games. Any game that did not dispense coins required a hand pay. The coin games often had great pay tables. There was quarter full pay Deuces Wild and a joker one. There was also full pay Jacks or Better. The $1 coin games were mostly not-so-ugly-deuces.”

For many players (especially local players), the charm afforded by such small, intimate casinos – with their cheap shrimp cocktails, $2 highballs, and old-school gambling bona fides – is genuinely more compelling than the resort casino scene.

These places are a piece of gambling history, but they run on a comparative shoestring. And now, many of them are just history.

As casual retail gamblers ourselves, the closure of Terrible’s – and every similar small market closure – is just one more nail in the coffin for our participation in the brick-and-mortar gambling world.

Online casinos are quite a lot more convenient already, and the only reason to ever go to a physical casino venue – for us – has been to take in the experience around the games, not the games themselves.

The big-money venues are certainly interesting and worth an occasional visit, but the small casinos – those dives operating off the beaten path and at the fringes of the market – are what really compel us to go out into the wild.

But if we can’t play coin-op penny slots on an analog reel machine any more, online slots games and other electronic casino games on our iPhones and Androids are every bit as good as – and frankly quite a lot better than – the same games on some casino floor a hundred miles away.

That said, while the smaller venues are struggling and slowly going the way of the dodo (and to be clear, they already were; COVID merely accelerate the timeline), the bigger brands are doubling down as gambling expands apace in the United States.

As one example, Connecticut’s Foxwoods Resort is growing even larger, while the Seminole Tribe of Florida is in the final stages of bringing a proper New York casino to Manhattan in NYC.

As another, new players are even getting into the destination casino game.

Case in point: The CA-based Realty Income brand just bought the Encore Boston Harbor facility from Wynn for a cool $1.7 billion. Wynn’s not bailing on the casino side of things, either, as they’re still running the gambling at the venue.

Clearly, only the strong are surviving, and the retail casino market is getting more and more lavish as only the big fish can afford to play.

Thanks, but no thanks.