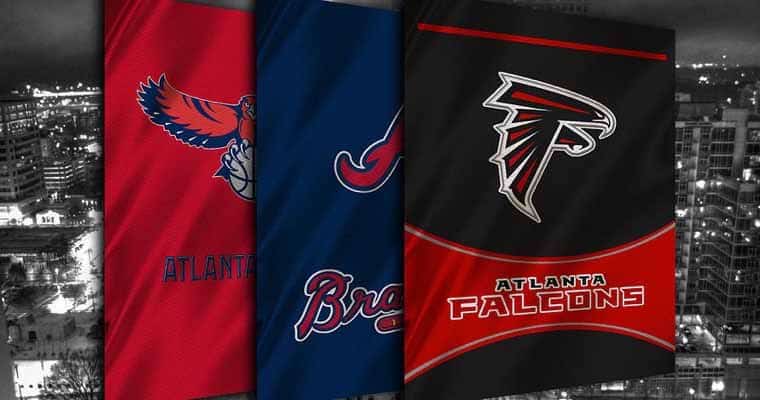 Executives for major sports teams in Atlanta pushed to legalize online gambling in the state of Georgia at a recent Atlanta Press Club luncheon.

Representatives from the Atlanta Braves, Atlanta Hawks, and Atlanta Falcons were in attendance in an attempt to jumpstart their gaming agenda, which they hope will attract younger fans to their product.

The heart of their message is that sports betting is already occurring in Georgia without gambling laws being enacted, and the state is not collecting any tax dollars from the industry. Experts believe that in 2019, approximately $1.5 billion was wagered in the state of Georgia.

In 2018, the US Government repealed PAPSA, an act that made sportsbooks illegal in the United States, save for Nevada, Delaware, Oregon, and Montana. The repeal pushed the authority down to the states to allow them to decide how they would handle all forms of gaming.

Georgia has approved of state-regulated gaming, but requires additional legislation, an enabling bill, to be passed that would specify details and regulate betting operations. The enabling bill contains language that would ensure that education would receive a percentage of the gambling intake, and would ban wagering on amateur sports, including college.

A constitutional amendment has been introduced that would allow Georgia voters to choose whether they want gambling to become legalized in the state.

There is no shortage of adversaries of regulated gaming in Georgia. Religious leaders cite moral and ethical concerns as their rationale for the opposition and have employed lobbyists to fight against the legislation. Opponents also argue that the additional cost of gambling addicts and crime would outweigh any benefit that betting would bring to Georgia.

Mike Dugan, Georgia Senate Majority Leader, has said that gambling is not on his current agenda.

A significant emphasis has been placed on the use of cell phones for wagering. The Atlanta sports teams feel that they are doing as well as can be expected with the older demographic, but they’ve lost touch with the younger audience.

Their logic is that young people are always on their cell phones, and a majority of wagering is conducted on cell phones. If it becomes legal to bet on Atlanta sports, then more young people will wager on their phone. The combination of gaming and cell phone use will make the younger generation more likely to watch the games and perhaps become fans.

The cell phone aspect has enraged opposition who don’t want wagering to become as easy as sending a text at any time of day.

Despite what arguments have been made so far, it is certain that online wagering is already occurring in-state to a high degree. Laws must be enacted on the legalities of gambling. Either it is legal, and Georgia can begin to regulate and enjoy the additional revenue, or they can make it illegal and crackdown on the gaming that currently exists.