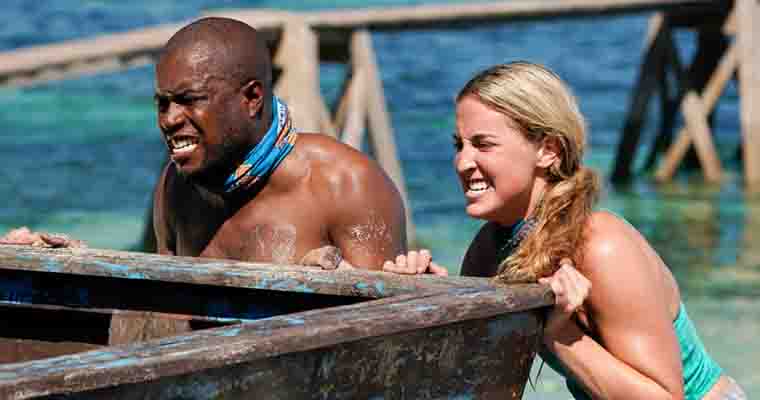 The category of entertainment betting encompasses gambling on reality competition series like Big Brother, American Idol, Dancing With The Stars, The Voice, and any others that may come along that feature winners and losers.

Survivor is one of the most popular and longest-running reality television series going today, and last night’s season 42 debut began the process of eliminating this year’s contestants until only one remains standing.

While there were preseason odds posted online for betting on Survivor 42, those futures no longer remain on the boards, much to the frustration of fans who want to wager on the next evictee following last night’s episode.

Here are the preseason futures odds for betting on Survivor Season 42 that were posted at Bovada Sportsbook that will serve as an example until follow-up lines are available.

Survivor bets made on Jackson Fox have already failed. Host Jeff Probst announced to the cast that Fox was no longer a member of either tribe and would not be competing any longer during Survivor Season 42.

An element of Survivor’s production that makes creating betting lines for evictions and winners is that the entire season is recorded beforehand and relies on the silence of contestants in order to keep the overall champion a secret until the final episode airs.

Reality competition series that broadcast live are able to prompt the routine creation of entertainment prop bets at online sportsbooks that cater to US gamblers, but they are hesitant with their Survivor odds.

That’s why we advise betting on Survivor as soon as you see the odds posted, even though payouts will have to wait until the end of the season.

Are you a savvy Survivor gambler or not? It takes skill to project a winner from so early on in the season given the ebb and flow of Survivor competitions each week, and that’s precisely why the moneyline odds are so high for each contestant.

These Survivor 42 odds are expected to narrow when they next appear, but 4-to1 net minimum payouts are likely and can be earned by correctly choosing the winner.

For instance, using the above Survivor prop bet as an example, a wager on favorite Jonathan Young at +500 will earn $5 for each dollar risked if he ends up being the sole survivor.

Now imagine risking significantly more than that on an underdog Survivor castmate that pulls through in the final weeks of competition. Those exponential payouts for being a Survivor expert are certainly tempting, but the trick is getting in while they’re actually posted at online entertainment sportsbooks.

Keep checking back here at LBO as we’ll be updating the Survivor betting odds once they’re posted again. For now, set your DVRs for next Wednesday night and be sure to catch the next and all future episodes of Survivor Season 42 on CBS.