Skip to content
HomeNewsBetting On The PGA Championship Tournament – Can Tiger Woods Win? 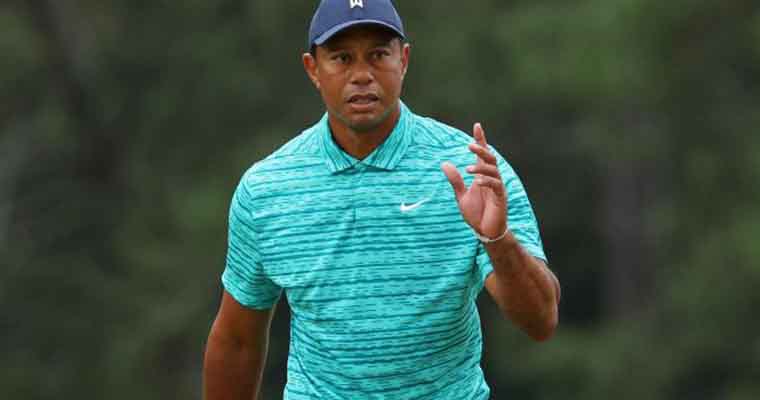 Tiger Woods will be making his second PGA Tour appearance of 2022 after making the cut in this year’s Masters and he is indicating that he feels stronger and more confident than he did back in April.

Just 15 months after a devastating car crash, Woods is now poised to enter the PGA Championship Tournament and capture another major and continue the chase to surpass Jack Nicklaus.

Just a few months ago it seemed as if Nicklaus had the record tied up as Tiger’s probability to play again, at least professionally, was low. Now, golf betting sites are featuring Tiger Woods odds in the PGA Championship futures which is a welcome sight to fans and gamblers alike.

Tiger is not within the top favored contenders to win the 2022 PGA Championship and take home the victor’s share of the $12 million purse, but the golf odds do suggest he has a fighting chance and should make the cut.

In fact, Tiger Woods’ odds to make the cut at the PGA Championship Tournament are set at -120 by Bovada Sportsbook, roughly converting to a 55% chance that he scores well enough to play beyond Friday.

Alternatively, Bovada is also offering a +110 moneyline for Tiger missing the cut. CBS and ESPN executives are hopeful that he does make it to the weekend as their television ratings will plummet if he is not a part of the action.

Here are the overall futures to win the PGA Championship.

If Tiger can hoist the trophy at the end of this weekend’s PGA Championship Tournament and win his 16th major, 70-to-1 net payouts can be earned on the prospect.

Scottie Scheffler is projected to win at +1100 odds, earning gamblers 11-to-1 net payouts if he get’s it done this weekend.

For golf gamblers looking for betting odds that are closer to even, the following former winners betting line offers more reasonably achievable probabilities.

The above golf prop bet does not require that any of the included players win the actual tournament. Payouts will be delivered to gamblers that correctly select the top finisher among the bunch.

One of the best golf betting tips we can provide is to not go overboard on moneyline odds that are in the quadruple digits or above.  Just don’t invest over a dollar or two expecting those long odds to cash in.

The PGA Championship begins this Thursday and ends Sunday, and there are betting odds featured at all of the sites featured in our online sportsbook reviews.