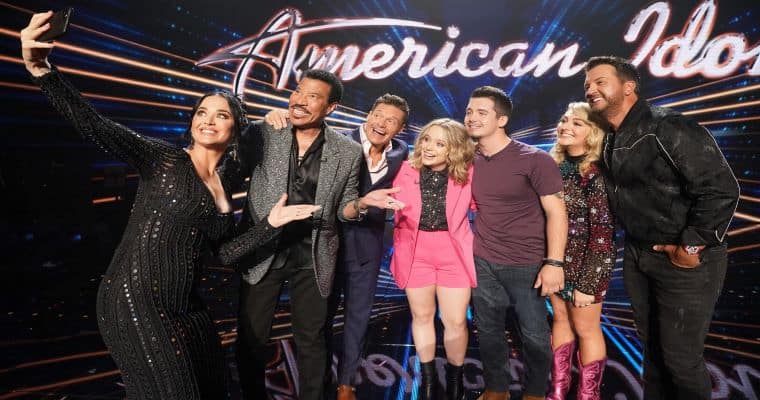 American Idol Season 20 betting is in full swing as viewers prepare for Sunday’s three-and-a-half-hour finale. This year’s concluding episode will be packed with a star-studded cast of guest performers including Carrie Underwood and Michael Bublé.

Fans can also look forward to special sets from each of the show’s judges, including musical legend Lionel Richie. The show will kick off on the 22nd at 8 PM EST on ABC.

The last of the season’s contenders will face off across multiple rounds, one of which will be dedicated to honoring Bruce Springsteen. Competitors will also have the special privilege of performing one celebrity duet. The pairings are as follows:

Sunday’s contest will be a tight win for whoever comes out on top. All three of the season’s finalists are full of talent and promise. And while American Idol historically favors country music stars, it seems that could change this year.

Active lines for the season finale can be found at most legal entertainment betting sites. At BetOnline, the odds are as follows:

Leah Marlene has been a clear favorite from the start, stunning viewers with a powerful and well-trained voice. Being the only pop-style competitor left in the running, Leah is expected to pick up votes that would have otherwise gone to Fritz or Nicolina.

Still, it’s unclear whether that will be enough to propel Leah into victory. Noah Thompson, for example, has a broad reach within the more dedicated, country fan base.

This was emphasized on Tuesday when the Kentucky native was greeted by thousands of local supporters at the Homecoming performance in Lawrence County.

Even so, Noah Thompson could fumble during the finale if the country vote leans towards HunterGirl. Over the past couple of episodes, HunterGirl has earned praise that could be startling for her competitors. Still, it doesn’t seem like she can take home the title.

Life Outside The Internet

Legal online sports betting sites show that Sunday’s results will really come down to the voters. But it’s important to remember that lines are often derived from online sentiments and news.

The Internet really seems to be rooting for Leah. But, then again, Fritz and Nicolina seemed to have it in the bag until last week’s episode. The reality is that most American Idol fans don’t participate in digital forums.

Because of that, it’s hard to get a true gauge for where viewers will place their votes.

Nonetheless, each of these contestants is expected to have a fruitful career in music—should they choose to pursue it. Regardless of a recording contract, the exposure one gets as a contestant on American Idol is invaluable.