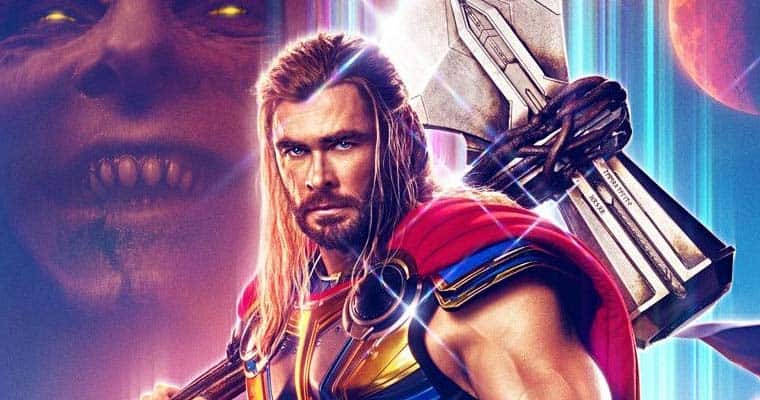 The death and decay of the local movie theater has been a long time coming. With the advent of streaming, coupled with the lasting impacts of COVID-19, the majority of these establishments are fading into antiquity.

The remaining movie theaters now work tirelessly to create an atmosphere that can compete with the comfort of the home. But regardless of any recline seats or privacy walls, the key to retention is exclusivity.

And because of the COVID-19 production lull, movie theaters have gone years without a true blockbuster hit. But with the onslaught of cult action, sci-fi, and fantasy films coming out this year, it seems that the cinema has been afforded a lifeline.

Top legal entertainment sportsbooks are now asking bettors to determine just how successful this year’s releases will be. The movie odds are as follows:

Thor: Love And Thunder is slated to come out on July 8th. The upcoming feature has received a lot of hype and even has its own stack of entertainment prop bets at Bovada. For us, it seems like betting on the over would be the best option here.

Marvel’s Doctor Strange In The Multiverse of Madness, for example, grossed $185 million in its first weekend. And with Thor: Love And Thunder being the franchise’s first film in Asgard in over five years.

The movie is coming out in the middle of the summer. Kids are out of school and we’re all more inclined to leave the house. That being said, it’s probably safe to assume that the film could surpass the $130 million mark.

DC Comics is going to have to bring the heat if it wants Black Adam to be a success. The new movie, which debuts on October 21st, will star Dwayne Johnson as its anti-hero. Despite the film’s star-studded cast and incredible budget, it has received little media coverage.

And while a $65 million goalpost seems easy enough to surpass, DC Comics has had a hard time getting there. Still, The Batman was able to secure $128 million at domestic theaters in its first weekend.

There could be hope for Black Adam if the marketing team ramps up its tactics. But, to be honest, we’re not betting on it.

This last line is probably the hardest to gauge as the Avatar franchise died off almost as fast as it blew up. When the first film dropped in 2009, it exceeded all expectations and became the nation’s highest-grossing film in just 47 days.

In the first weekend, Avatar boasted $77 million at domestic theaters—breaking the record last held by Titanic. Given that the dollar is worth much less than it was in 2009, we imagine that the $100 million mark isn’t a far-off expectation.

But with 13 years gone by, it is unclear whether people are as excited about the sequel as they were about the original. The new movie comes with several years of sneak peeks and anticipation behind it.

Avatar: The Way of Water comes to theaters on December 16th. Bettors interested in playing movie odds can head over to our Bovada sportsbook review to check out the lines in real time.

Source: Variety, The Wrap, The Guardian