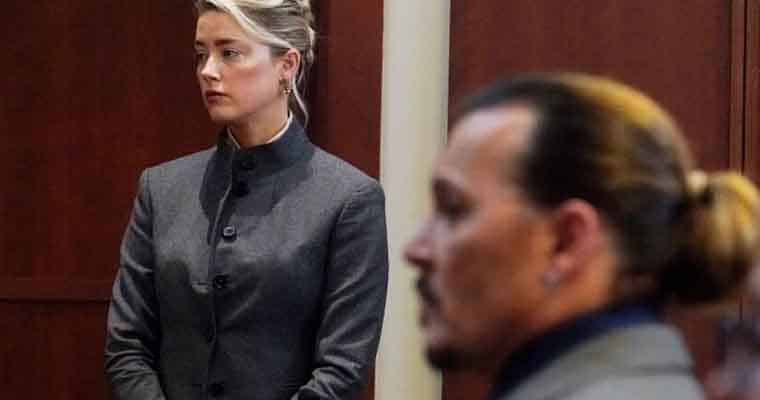 We always advise that gamblers pounce on odds produced for entertainment betting as soon as they are posted because bookmakers can remove them without a moment’s notice.

That’s the case with the latest Depp vs. Heard odds as they are no longer available to accept action online even though the jury is still deliberating over the verdict.

Our review staff is still eyeballing the lines over at BetUS to see if the Heard vs. Depp odds return, but for now, here is a recap of what was on the table for legal celebrity betting.

How Much Money Will Johnny Depp Be Awarded If He Wins The Trial?

Regardless of what the latest water cooler talk suggests is at stake for Heard or Depp, ultimately, it’s money. How much? Entertainment oddsmakers are setting the line at $50 million for Johnny Depp to gain if he receives a favorable verdict.

Johnny Depp is seeking $50 million because of losses suffered due to a defamation piece Heard wrote. Amber Heard has countersued Depp for $100 million.

Whether or not Amber has that kind of money is somewhat moot, as Depp is attempting to rejuvenate his career and personal image after he’s been knocked down a few pegs following Heard’s continued allegations of abuse over the past several years.

Reestablishing Depp’s good standing will result in additional high-profile roles that will easily surpass the sum of $50 million proposed by celebrity betting oddsmakers.

It has been noted by onlookers, as well as by Heard herself, that Depp has not offered a glance in Amber’s direction throughout the entire legal proceeding thus far.

The following entertainment prop bets allow gamblers to wager on whether or not Johnny looks at Amber after the verdict is read, and if Depp will shed a tear.

Will Johnny Depp Look At Amber Heard After The Verdict?

Will Johnny Depp Cry After Hearing The Jury’s Verdict?

Depp is projected to continue his lack of eye contact with Amber Heard after the results of the trial are delivered, but does that indicate a victory or a loss? Probably neither.

The same can be said about the odds for Johnny Depp to cry after the verdict is read aloud. Will he cry because he is victorious and vindicated, or will those tears be due to the drain that his bank account is about to experience when he cuts a check to Amber Heard and her legal team?

The jury continues to deliberate over their verdict which could be delivered as soon as today.  Whether entertainment gamblers are “Standing with Amber” or if they are part of the crowd that favors “Justice for Johnny,” it should not impact their betting decisions.

Wagers should be placed on the odds that are most likely to occur, not the outcome that the gambler hopes is the result. That said, be sure to wager with your minds and not your hearts when betting on the Depp vs. Heard trial odds at online sportsbooks.