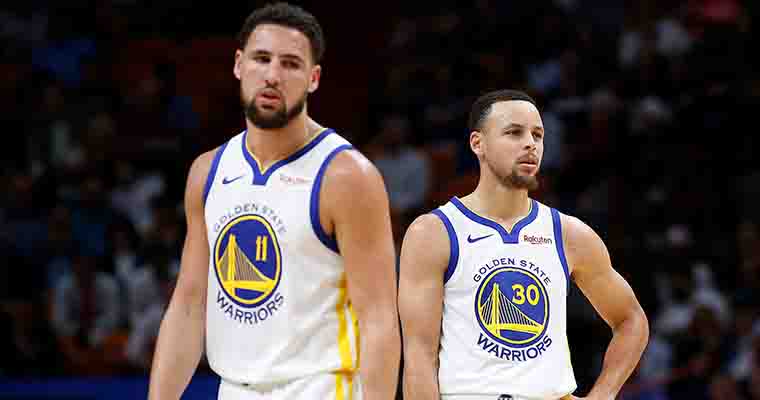 The 2022 NBA championship odds that have been posted online since the preseason have favored Chris Paul and the Phoenix Suns to win the Finals and make up for last year’s disappointing second-place finish.

Now that the second-round playoff series between the Pheonix Suns and the Dallas Mavericks has been tied up at two games apiece, the futures odds at legal NBA betting sites now place the Golden State Warriors in the top spot as the most likely team to win it all in 2022.

Even though the Mavs and Suns are tied up, the above odds for betting on the NBA Finals imply that Dallas doesn’t have much of a shot of getting beyond Pheonix and advancing to most likely face the Warriors in the Western Conference Finals.

That said, the +2200 moneyline on the Dallas Mavericks to win the 2022 NBA Finals will deliver hefty payouts if they are able to complete a championship run and win two out of the next three against the Suns and then their next two best-of-seven series.

In the Eastern Conference bracket, the Boston Celtics are still the darlings of oddsmakers at online NBA Playoff sportsbooks after claiming that top spot via ousting the Brooklyn Nets in the first round.

The Celtics and defending NBA Champion Milwaukee Bucks are tied at 2-2 with Game 5 happening tomorrow night in Boston.

We’ve thought that the NBA Championship futures for the Milwaukee Bucks to be incredibly unfavorable for most of the year considering they are the 2021 defending champs.

However, if the above Boston Milwaukee odds for Game 5 hold true, the Bucks will find themselves in a 3-2 hole needing to win two contests in a row just to stay alive in the NBA Playoffs.

The Philadelphia 76ers and the Miami Heat are also tied at two wins each with Game 5 coming up tonight at 7:30 PM.

Joel Embid may have been recently robbed of the 2022 NBA MVP Award, but his presence in the 76ers lineup gives them hope that they can overturn the above Game 5 projection and take a 3-2 series advantage.

The potent offensive combination of Embid and James Harden will be put to the test as their 2022 NBA Playoffs existence is at stake tonight against the top-seeded Miami Heat.

If you are a Philadelphia believer, then perhaps their +125 moneyline odds to win should be considered for tonight’s game as it will reward $1.25 for each dollar wagered.

Of course, there are also live betting odds on each NBA Playoff game once opening tipoff has occurred. Just check your online sportsbook’s main page upon entry and the live NBA betting lines are often featured front and center.