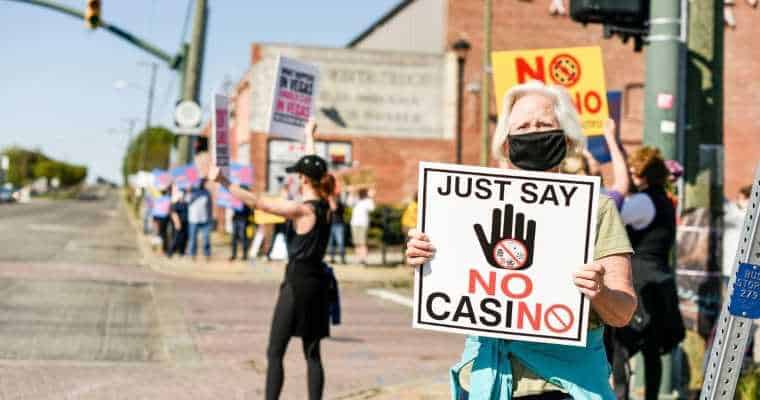 You know, brick-and-mortar casinos sure are a lot of trouble.

They’re not more trouble than they’re worth for the industry at large, of course – that’s why they’re still built and new projects grind away years in limbo as lobbyists work to earn clearance from local and state authorities to get on with it.

But sometimes, the perpetual slog of expansion seems downright parodical.

The venue also has some VLTs and EGMs that are misleadingly called “slots” on the facility’s website, and the Isla “Casino” Pompano hosts Seminole-compact-breaking-non-house-banked-but-in-actual-fact-surreptitiously-“house-banked”-by-contracted-third-party-“players” poker.

“Weak” is the word you’re looking for.

But a lot of folks still don’t know about legit online casinos, so they feel like they’re stuck with this wimpy brand of sub-Class II “gambling.”

Back to the main issue:

Interestingly, the people bringing the complaint about these threatened owls are former employees of the venue.

Yeah, we’re sure their hearts are in the right place, too.

Here’s what one of them – some lady named Nancy Schaut who worked at the track for “decades” – says about the Isle Casino Pompano’s planned 15,000-square-foot parking garage and whopping 12,500 square feet of outdoor gaming space. Outdoor. In Florida. Where it rains and is frequently SUMMER:

“This is 200 acres of land that is being taken away from the owls and all of the other animals because we have many. What I’m worried about is they are going to be left homeless or hurt or killed. So I am very much concerned.”

“There is now going to be construction and destruction. It’s a home for them. It can’t be brought back. You aren’t going to manufacture more land. It’s been a trend that needs to stop.”

Yes, there’s no more land in Florida for these burrowing owls. None. It’s all gone.

As you can see, even this two-bit gambling house’s two-bit expansion is going to get stonewalled over everything imaginable.

We doubt this BS about burrowing owls and their crucial half-acre of natural habitat (that used to be a horse racetrack with giant beasts stomping all over it all day every day, remember) is the first or last salvo in the arsenals of these Box Wine Karens™ and future HOA presidents who want to prevent their unfortunate neighbors from ever being able to enjoy any aspect of life on this rock.

On the other hand, it probably won’t take 15 years to settle these non-issues. That’s how long it took the Legends Bay Casino in Reno to get off the ground.

But at least Legends Bay is getting off the ground. Reno, after all, is a gambling-friendly place, as is Nevada in general.

The casino initiative in New York City is another matter. That one’s sure to be protested at every possible turn.

Here’s the New York Times shilling against giving the people in the Big Apple what they want [What else is new? – Ed.]:

“Before too long, New Yorkers and the millions of tourists who visit the city every year may have a new way to test their luck — and part with their money — amid the bright lights and skyscrapers of Midtown Manhattan: hands of blackjack or spins of the roulette wheel inside a new casino with all the trappings of Las Vegas, down to the incessant ringing and fluorescent flashing of a sea of slot machines.”

See if you can spot the line where we dismissed this tripe offhand.

That any New York City resident – or really, anyone even passingly familiar with NYC regardless of where in the world they actually live – could complain about “incessant ringing” and “fluorescent flashing” in The City That Never Sleeps – which is, of course, alternatively called The City of Lights for crying out loud – is too much stupid for one day.

So, we’ll leave it at that.

And if you want to leave it that, too, allow us to recommend a better way to play: legal online casinos, legal online sportsbooks, and legal online poker rooms.

Still, someone, somewhere, is sure to be complaining about the energy costs of the Internet as we speak, but at least they’re easier to ignore.

And make sure you deposit with Bitcoin. The busybodies above really hate that.