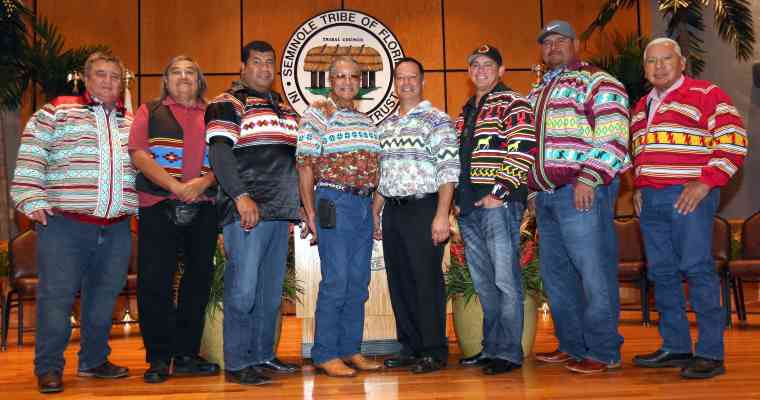 Last week, we reported that the Florida legislature and the Seminole Tribe were engaged in new negotiations that would expand gambling and legalize sports betting in America’s third largest state.

This week, it looks as though those talks – considered a longshot given the years-long history of deadlocks between the state and the Seminole – are bearing major fruit.

According to Politico, it appears that a deal has been reached:

“Some sources with direct awareness of the talks contend a final deal has been reached, although one cautioned that no deal had been reached but that ‘it’s as close as it has ever been.’ One well-informed gambling lobbyist said the deal was concluded but that [Governor Ron DeSantis] and his lawyers were carefully going over the wording before announcing it.”

The details of the deal – if the sources are to be believed – are surprising in how broad and non-contentious the terms are.

It appears that all parties will be getting what they want with very few concessions between them.

Per the alleged agreement, the Seminole Tribe will be the primary hosts for sports betting in the state, with their Hard Rock and other casino properties authorized to allow on-site sportsbooks.

However, other venues – like the state’s many tribal-owned cardrooms (operated by groups other than the Seminole, and which originally prompted the nullification of the 2010 Florida-Seminole gambling compact) – will also be allowed to host on-site sports betting lounges.

However, the Seminole will have a profit-sharing arrangement with these operators.

Additionally, these cardrooms – and other racetrack venues (excepting operational Thoroughbred horse racing facilities) – will be allowed to continue offering the player-banked card games and gambling-type amusements that were such a point of contention over the last few years between the state government and the Seminole Indians.

This move would effectively settle that long dispute, and the state and the Seminole would presumably re-enter into an updated gambling compact.

However, none of this would have even been considered by the Seminole had the state not acquiesced to the tribe’s demand for the authorization of roulette and craps at their casino facilities throughout Florida.

While these venues have long been able to host slot machines and casino classics like blackjack and poker, the Class III venues were not “Vegas-style,” as roulette and craps were off the table per Florida gambling laws.

Given the profit potential for operators of these games, the Seminole are poised to make substantially more money via roulette and craps than they would via sports betting alone.

Traditionally, sports betting is considered a low-profit (and potentially risky) product used by casinos to entice players to try out the other games on tap.

To that end, it appears that Florida will not be allowing online sports betting at this time.

While most states that have legalized sports betting have gone the online route, many of these localities did not have meaningful casino markets to protect from potential cannibalism.

In Florida, however, the Seminole largely oppose online sports betting because their core business – casino gambling – could be affected negatively by offering remote access for sports betting.

It seems that the only way FL will have online sportsbooks is for the state to also legalize domestic iGaming (i.e. online casino games), and that will likely take years to hit the market.

And when it does, of course, the Seminole will be calling the shots there, too.

If you live in FL and have easy access to a brick-and-mortar Seminole casino or tribal cardroom (like those at the state’s defunct dog tracks), you should soon be able to bet sports at these venues.

However, if you have no such location nearby, you don’t actually have to wait to gamble legally over the Internet for real money.

Since FL has no laws barring access to overseas gambling operators offering sports betting and iGaming (as well as online poker and horse racing betting), you can sign up with such providers immediately.

The process is fast, safe, secure, and legal, and this new agreement between FL and the Seminole will not impact your ability to gamble with licensed and regulated offshore venues.

For many FL residents, these sites will continue to offer the biggest selection of games, poker tournaments, and sports odds, and you can sign up at just 18 years of age.

Still, this is obviously excellent news for Floridians, as the state is home to a massive gaming community – largely comprised of more elderly patrons – that will certainly prefer domestic options to legal international gambling sites.

Long story short, the Sunshine State is about to be brighter than ever.