Skip to content
HomeNewsLast Chance To Make The Easiest Bet Ever, Get $50 Toward Bankroll For 2019 NFL Season 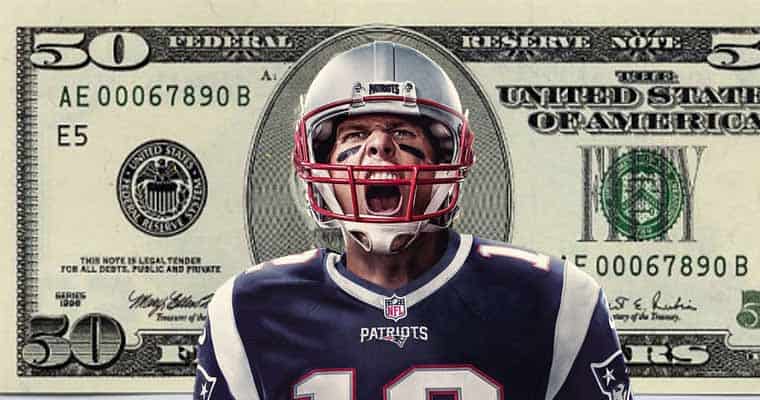 Nothing is a sure bet, but this NFL line is the closest you’ll ever get to “free money.”

BetOnline still has one Super Bowl LIII prop bet listed on their site, and it will be taken off the board tonight at 7:00 p.m. ET.

After doing some digging on Reddit, the way it works is you bet up to $50 now and when the 2019 NFL season rolls around, you’re essentially guaranteed to win an equal amount up to $50. That’s a nice gift for anyone wanting to start betting when the NFL kicks off next season.

Dave Mason of BetOnline confirmed the “Easiest Bet Ever” on Twitter earlier this week.

We reached out to Dave Mason to ask how long BetOnline was keeping the prop bet up, and he confirmed that it was coming down today at 7:00 p.m. ET.

And that’s it. You’re all set to win $50 when the New England Patriots score any points during their first regular season game of 2019.

As we now know, the Patriots won Super Bowl LIII this past Sunday, defeating the Los Angeles Rams by a score of 13-3 in the lowest scoring Super Bowl in history.

When breaking exactly why this a pretty much guaranteed money, the NFL Special gives us only one option “Yes” at +100 (50% odds) for “Will the Patriots score in their first game of the 2019 season?”

The last time the Patriots were shut out was a 16-0 defeat to the Bills in 2016, but that was with Tom Brady serving the final game of his 4-game suspension handed out by judge, jury, and executioner Roger Goodell.

However, both of those games were on the road. When Brady is on the field, the Patriots have never been shut out at home — which is where they’ll likely be playing for their 2019 opener like Super Bowl champions have done.

Whether you’re new to betting, are interested in wagering on the 2019 season, or are already a professional NFL handicapper, you can’t beat winning up to $50 in risk-free money.