Skip to content
HomeNewsLet’s Get It On! UFC 249 Descends Upon Jacksonville Thanks To FL Gov. DeSantis 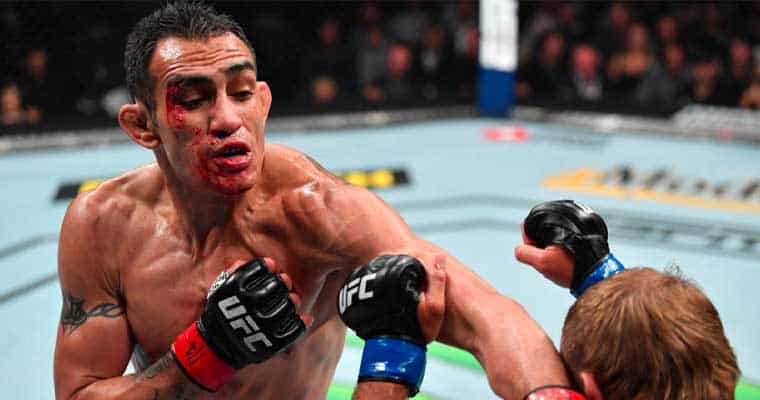 Thanks to Florida Governor Ron DeSantis reopening the Sunshine State for business, UFC 249 will be held this Saturday evening from Jacksonville’s VyStar Veteran’s Memorial Arena.

The event was initially planned to take place at the Barclays Center in Brooklyn, New York on April 18th, but was postponed due to the spread of the Coronavirus and the stay at home orders that followed.

The event was then moved to the Tachi Palace in Lemoore, California, which is located on Native American lands, but Governor orders and travel restriction complications caused for yet another rescheduling and relocation of UFC 249.

“The Brazil event went off great. The fights were great. Nobody got sick. Think of how much smarter we are now and how much more money we’re going to spend to throw at this thing to make sure everybody’s safe.”

The event ends a seven-week run of no live shows for the Ultimate Fighting Championship with their most recent series of fights occurring in Brazil. Yahoo! Sports reports that the card will take place without any spectators present, and with minimal production staff.

The main event of UFC 249 was originally supposed to be a title bout between lightweight champion Khabib Nurmagomedov and Tony Ferguson. Nurmagomedov has withdrawn from the fight and remains in his home country of Russia to observe Ramadan.

The fight card has been adjusted, and so have the odds at top online sportsbooks. Justin Gaethje has stepped in to take Nurmagomedov’s place and brings his 21-2 overall MMA record into the octagon in hopes of taking down Ferguson.

The winner of Ferguson and Gaethje will likely face off against Nurmagomedov once he can return to action. The odds favor Ferguson to win the fight. If your gut tells you that Gaethje will shine and exit the victor, a wager of $100 will earn a $155 payday if it happens.

Another intriguing battle on UFC 249’s docket is a rematch between Anthony Pettis and Donald Cerrone. Their previous fight in 2013 was ended when Ceronne succumbed to a body kick in the first round. Now, seven years later, these journeymen lightweights go head to head to settle the score once and for all.

Current betting odds suggest that Pettis will win, but Cerrone is hovering near even and is desperate for a win to end a three-match losing streak.

Below are the remaining odds that are on the table for UFC 249. Sportsbooks are accepting wagers until just before each fight begins. Those that are interested in legally betting online on UFC 249 while in Jacksonville should familiarize themselves with Florida gambling laws before doing so.