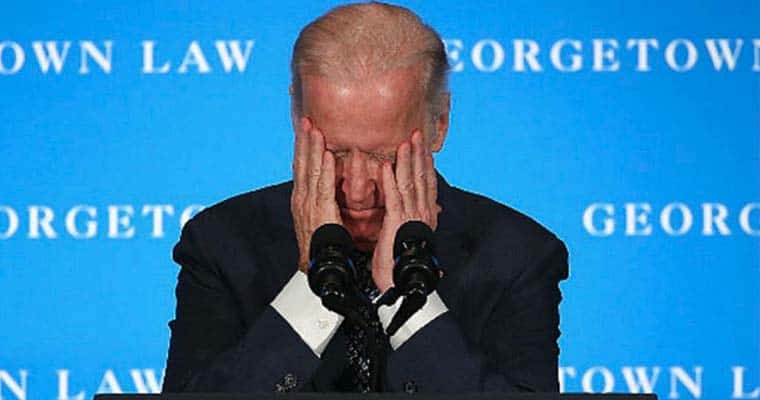 After weeks of silence on the issue, Joe Biden, the presumptive Democratic candidate for President of the United States, has released a statement regarding sexual allegations that were levied against him by a former staffer earlier this year.

Tara Reade, a former junior staffer in Biden’s office, alleges that the event occurred 27 years ago while he was serving as a US Senator for Delaware. While delivering a bag to Biden in a narrow hallway, he is alleged to have pinned Reade against a wall and placed his hands on her bare genitalia.

It’s pretty rough stuff, and something that Biden’s campaign would want to get in front of with a strong defense, but the allegation has been out in the public for weeks without a response. That all changed early Friday morning when Joe came out swinging, not mincing words in his explanation of events.

Joe Biden in an interview with MSNBC on Friday

In a statement released by Biden’s campaign, Reade’s right to step forth to make her claim and to have them investigated is defended, ensuring that this is not a case of trying to suppress or squash an embarrassing story.

It does come as a surprise that Biden’s team didn’t respond to the charges sooner, considering his rival’s history of sexual harassment claims levied against him. The claims have not seemed to affect Trump’s electability thus far. Will Biden also come through these troubled waters unscathed?

Many of Biden’s allies have come to his defense, citing his years of supporting women’s rights and his championing of the #MeToo movement. A number of these Biden defenders happen to be women who are currently on the shortlist of Democratic Vice-Presidential hopefuls.

According to a CNN report, Michigan Governor Gretchen Whitmer and US Senators Kamala Harris and Amy Klobuchar are amongst the first to offer support to Joe Biden in these trying times. Is it a coincidence that top pollical betting sites have both Whitmer, Klobuchar, and Harris listed in the top options to get the VP nod?

Harris is the odds on favorite to stand alongside Joe Biden this fall and campaign against Donald Trump for the White House. Those that are interested in getting in on the legal online betting action for the VP nominee should make haste because the announcement could come any day now. When that happens, top sportsbook sites will remove the odds from the board, and the chance to win some money will evaporate.

Now that the 2020 Presidential candidates have been narrowed down to Biden and Trump, opposing forces have less to focus on and can throw shade much easier.

The odds have shifted up and down over the course of the last few months, but President Trump has remained a steady favorite despite the spread of the Coronavirus and the decline of US economic markets.

Although the margin may seem slim with Biden’s chances hovering near even, converting the money line to intrinsic odds suggest that Trump has a 55% chance of being elected to a second term in November. While that may not seem like a vast chasm of separation between the two candidates, in the political arena, a 10-point spread represents a blowout victory.