Skip to content
HomeNewsPro Soccer Betting Returns With “MLS Is Back Tournament” In Orlando, Florida 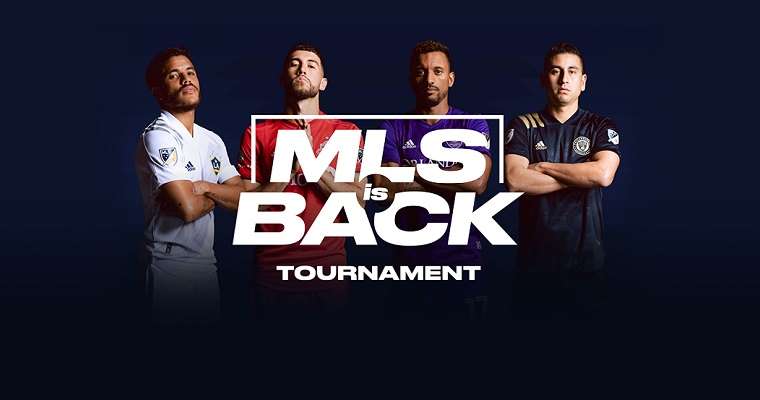 Major League Soccer has returned from a prolonged Coronavirus shutdown with their “MLS Is Back Tournament,” which began on July 8th.

The return to action for MLS is a relief to soccer fans, as well as gamblers who enjoy betting on soccer, as the quarantine has suspended league matches since early March.

The tournament games are all taking place at the Walt Disney World of Sports Complex in Orlando, Florida, without any fans in attendance.

The MLS is following the lead of other soccer leagues such as England’s Premier League which crowned Liverpool as their champion on June 25th.

MLS league officials decided that teams could opt out of the tournament if they would rather not participate in order to curb the potential for COVID-19 infections for their players and staff.

Two MLS teams, FC Dallas and Nashville FC, opted out of the MLS Is Back Tournament, creating the need to re-seed the brackets to fit a 24-team format.

Bovada Sportsbook has provided odds on which team will become the MLS Is Back champion at the tournament’s conclusion on August 11th.

MLS Is Back Tournament Winner

There are also individual game lines such as the one offered below for this evening’s matchup between Sporting Kansas City and the Colorado Rapids.

While soccer games tend to offer much less scoring action than American sports like football and basketball, their standard betting lines are a little more complicated. For more guidance on these variances, have a look at our guide on how to bet on soccer by clicking here.

With so much concern over the continued spread of Coronavirus, what precautions is the league taking to ensure the safety of players and coaching personnel?

As mentioned previously, teams had the option to pull out of the competition, and fans will not be allowed to attend tournament games. Players and team personnel have already gone through several rounds of testing, including two polymerase chain reaction (PCR) and baseline serology (antibody) examinations, prior to traveling to Orlando, according to ESPN.

Athletes, staff, and referees will be tested every other day while in Orlando and will be tested immediately prior to each tournament match. Teams will remain isolated at practice or hotel facilities while they are not actively participating in tournament competition.

The league has asked that players keep track of any potential symptoms with routine temperature checks and the completion of a questionnaire form each day.

Any player that tests positive for COVID-19 will be immediately isolated in an on-site medical facility and will remain under a physician’s care until they are completely recovered. The player can return to tournament action once they have gotten better, but given the brief timeframe of the competition, they will likely be able unable to return to action until later in the season.

Other professional leagues that are about to resume play will be paying close attention to see how successful MLS is with their medical tactics, as they are following CDC guidelines closely. Sports fans and betting fanatics alike are hoping that the tournament goes off without a hitch, as any major setbacks could likely cause a ripple effect across professional athletics.