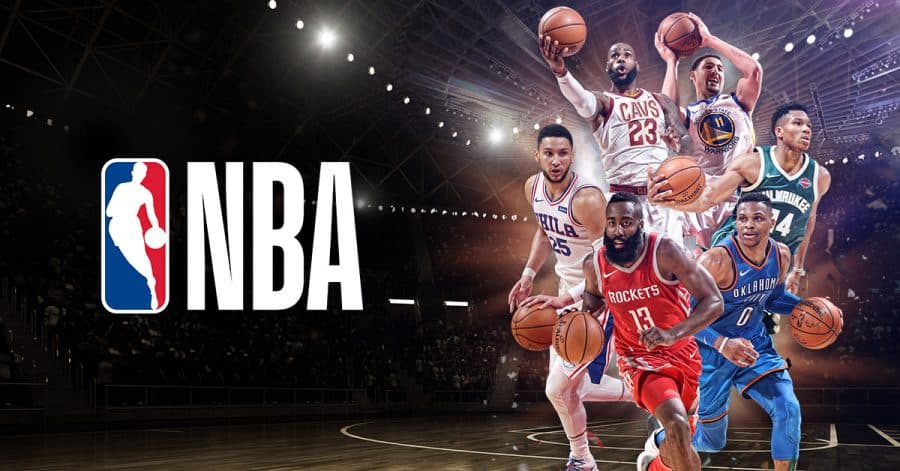 Things are heating up in the second round of the NBA Playoffs. There are some contested matchups between postseason-regulars and some newcomers that made it out of the first round. The winners of these series advance to the Conference Finals.

In the Western Conference, the top-seeded Houston Rockets play the ambitious Utah Jazz. The Rockets made quick work of the Minnesota Timberwolves in the first round, clinching the series 4-1. Houston is getting consistent performances from James Harden, Chris Paul, Clint Capela, Trevor Ariza, Eric Gordon and PJ Tucker. Some role players fall off in games, but with Harden and Paul firing well together this is a tough offensive matchup. They are off to a good start against the Jazz after winning Game 1 at home by a decisive margin.

On the other hand, the Jazz is somewhat of a Cinderella story. No one expected them to beat the Big 3 of the Oklahoma City Thunder. Led by rookie Donovan Mitchell, who had an incredible series, the Jazz beat the Thunder in 6 games. Houston is a different animal than OKC and their star players seem to click better, which could spell out trouble for Utah. The Jazz may be putting too much pressure on Mitchell to pull them out of yet another series. With the Rockets’ offense as lethal as it is, don’t expect Mitchell, despite his heroic performances for a rookie, to be able to save them again. This series will likely end in a sweep—5 games at most.

The defending champion Golden State Warriors play the New Orleans Pelicans in the second round. Golden State played the entire first round without Steph Curry while he nursed an injury and they still swept the depleted San Antonio Spurs. This gave them ample time to rest. Now, with Curry back in the rotation, the Pelicans are in trouble. The Warriors have 4 All-Stars in Curry, Klay Thompson, Kevin Durant and Draymond Green. If the Warriors can maintain their strong play on the road, this series could be a sweep.

New Orleans’ play this offseason has been admirable. They swept the disappointing Portland Trail Blazers without their star-big DeMarcus Cousins. Anthony Davis has been a machine this entire postseason with multiple 40+ games and strong performances. Sprinkle in Jrue Holiday and Rajon Rondo and the Pelicans have a Big 3 of their own. They were defeated by 22 points in Game 1, but showed up in Game 2 and only lost by 5. Unfortunately for the Pelicans, Steph Curry also showed up to Game 2 and logged his first postseason minutes. Games 3 and 4 are back in New Orleans, giving the Pelicans a chance to tie this series up and put the defending champs under pressure.

The Eastern Conference has 2 underdog teams in a series with the Philadelphia 76ers and Boston Celtics. Philly defeated Miami in 5 games in the first round and their young roster is shining. Ben Simmons, Joel Embiid, JJ Redick, Marco Belinelli, Dario Saric and Robert Covington have all been effective at different points. “The Process” seems to finally be paying off. However, the 76ers’ confidence may give way to the Celtics’ emerging talent if they are not careful. They already lost Game 1 in Boston and hope to head back to Philly with the series tied up. We predict Philly winning in 6 games.

Boston is without Gordon Hayward and Kyrie Irving and they are still playing phenomenally. Coach Brad Stevens must be instilling quite the sense of hope and drive in his squad, as his players are showing up despite the adversity set before them. They’ve even lost Jaylen Brown. Rookie Jayson Tatum has stepped up in a big way. So has Terry Rozier. These guys were meant to be off-the-bench role players but now they are leading the charge. Veteran Al Horford is doing his best to keep things going along with Marcus Smart and Marcus Morris. They downed the Bucks in Game 7 and hope to end things quicker than that against Philly. If this Boston team makes it to the Eastern Conference Finals, imagine what they can do with a full roster.

LeBron James and the rest of the Cleveland Cavaliers were in hot water during the first round. They almost lost to the Indiana Pacers and had to force a Game 7 victory. James has been carrying this team all the way. They are up against the top-seeded Raptors in the second round and this Raptors team may finally be able to break the curse (the Cavs have eliminated the Raptors the past 3 years). Kevin Love, JR Smith, Kyle Korver and Tristan Thompson need to start scoring more if the Cavs have a chance. While LeBron may be able to carry the weight again, his fatigue will set in by the ECF and they’ll be screwed. Even if they make it out whatever team they face in the playoffs, the NBA Finals will sweep them. If the other Cavs can start shooting better more consistently, LeBron can take a breather and maintain himself for later games. We predict that the Cavs will keep doing what they normally do and pull off a win at the last second. We see this series going to 6 games and Cleveland walking away victorious.

Toronto is a team often destined for disappointment, especially at the Cavs’ hands. This time around, they look stronger and more in-sync. DeMar DeRozan and Kyle Lowry are finally playing well together. They have more depth in Jonas Valanciunas, Serge Ibaka, Pascal Siakam and CJ Miles. They also are up against a weak Cavs team that is more than vulnerable. This has to be Toronto’s year to make it out. If they don’t, Toronto will have missed their best opportunity to make it past Cleveland. Toronto blew Game 1 in an overtime loss, giving the Cavs an advantage. If they can’t win Game 2 at home they’ll be down 0-2 on the road. The Raptors need to strike while the iron is hot and knock the Cavs out while they are down.