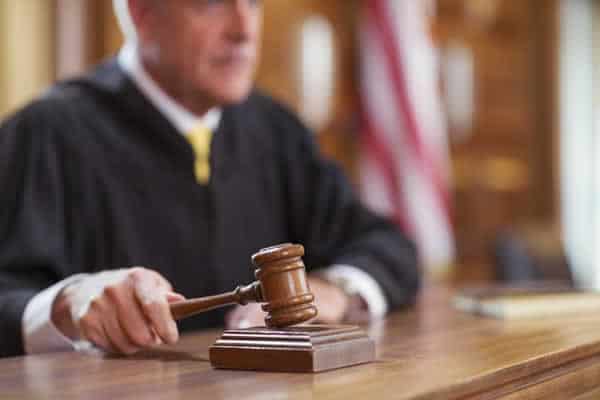 The term ‘moot’ is defined as “subject to debate, dispute, or uncertainty, and typically not admitting of a final decision.” The US Constitution’s version of mootness sees undecided cases thrown out due to the original arguments or stakes of the case falling through. The current New Jersey SCOTUS case has the potential of reaching this conclusion based on the sports leagues’ refined state on legal sports betting.

New Jersey attempted to authorize sports betting back in 2014. At the time, the sports leagues immediately fought their decision on the grounds that it violated PASPA, the federal ban on sports gambling. They also claimed they would suffer “irreparable injury” if states were allowed to promote or authorize legal sports betting. Now, 4 years later, the MLB and NBA have come out and said how sports betting could be beneficial in fostering consumer engagement and profits. This is where the problem lies. The fact that some of the plaintiffs in the case have made such a drastic 180 on this issue could be grounds for mootness.

The MLB and NBA have representatives lobbying in several states for their proposed version of sports betting legislation. Any legislation hinges on New Jersey winning the case and PASPA being repealed. This would mean the sports leagues lose the case, which was not their desired outcome back in 2014. If a case is deemed moot, the original lawsuit is dismissed and any pending benchmarks along with it. In the case of New Jersey, the injunction restricting the Garden State from offering betting lines would be lifted immediately.

Perhaps the most ironic part of the sports leagues’ contradiction is that they are now seeking integrity fees, a 1% fee of handle in each state. They originally claimed that any monetary gains from sports betting would hurt them and now they want to profit off those same gains. With the NBA and MLB actively lobbying for all to see, they are basically grandstanding. This does not bode well for the possibility of mootness, though now it seems the sports leagues would favor that outcome.

Historically speaking, not many SCOTUS case have resolved in mootness. Article III of the Constitution gives federal courts the exclusive right to adjudicate cases in a dispute. A 1975 SCOTUS case determined that controversy must exist in all stages of a case’s review, not just in the preliminary stages. Basically, the plaintiff must be invested in the outcome in accordance with their original stance—a plaintiff cannot switch sides in the middle of a case. Otherwise what’s the point? A case is considered moot when the involved parties no longer seem interested in the outcome. Also, as mentioned earlier, plaintiffs must have a personal stake in the outcome through the entire duration of litigation.

It is one thing for sports league officials to talk about the favorable impacts of betting on a radio show or another media outlet, but to do so in a formal court setting presents a contradiction that could result in mootness. NBA and MLB officials have spoken in courts and submitted written briefs that abandon this so-called idea of “irreparable injury.” Instead, they seem to be embracing the idea of sports gambling and want in on it. The SCOTUS case will reform US gambling laws whether through New Jersey winning or mootness. The former outcome seems more likely, but either one is feasible.