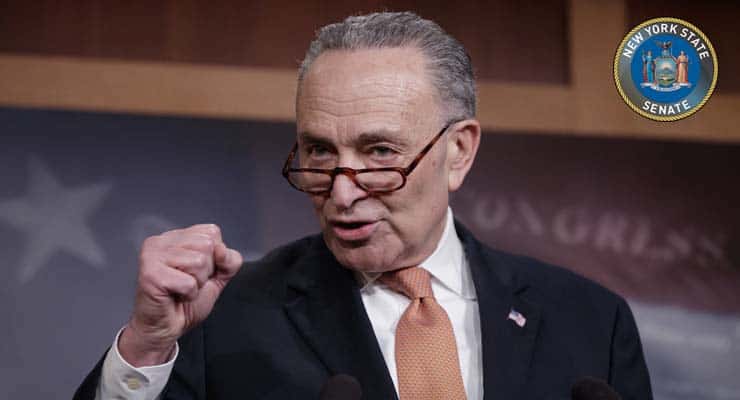 Schumer’s goal is not to impose nationwide legalization, but rather establish a framework that can be applied to each state. He hopes to create some type of standard protocol that can foster uniformity regarding sports gambling.

“The stakes are too high—legal sports betting laws must be crafted and executed in a careful and thoughtful way,” Schumer said.

The reality surrounding the current status of sports betting in the US is that states are pushing out legislation tailored to their individual needs. Schumer wants there to be a set of guidelines to lead states in a direction that supports the integrity of sports.

“As state legislatures develop new legislation in the weeks and months ahead, I hope they will take these principles under consideration. I also support the efforts in Congress to debate and develop bipartisan federal legislation that would adhere to these principles. The integrity of sports is too precious to not protect as best we can,” Schumer said.

Not all are supportive of Schumer’s endeavor. In fact, some groups like Height Capital Markets see the senator’s attempt as a shot in the dark that will not have any sort of lasting effect.

“…There still does not appear to be anything near a critical mass of federal lawmakers interested in weighing in on this issue via formal legislation. Therefore, while we think it is noteworthy that Schumer, the senior-most Democrat in the Senate, is interested in doing something on sports betting at the federal level, we do not think it will secure a policy victory for him or proponents of his proposal,” said HCM in a statement.

The problem with blanket guidelines for sports betting is that they fail to address the individual needs of states. Federal legislation better suits the agenda of the sports leagues in that there could be integrity fees, data control rights and other provisions that benefit the leagues.

Schumer supports this notion and believes leagues should be involved in the process of determining which bets are accepted and the monitoring of those wagers.

As of now, there is no concrete timeline on when Schumer’s bill will surface. There is also no guarantee that the bill will garner any backing from fellow senators.

Until the legislation comes to fruition, states will continue to pass their own legislation in adherence to their individual needs.