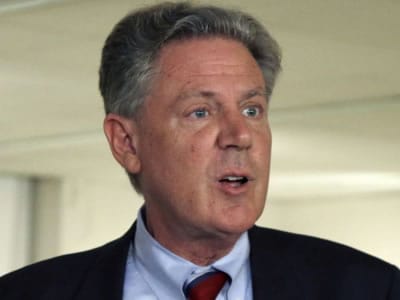 An editorial question: Why is it that fantasy sports are considered skill and are thus legal, whereas something like poker is considered luck and is thus illegal? Objectively speaking, using something the government hates, ala mathematics, the numbers are practically identical when it comes to discerning fantasy as skill and poker as luck. And after long last, some in the government are finally starting to catch on. Frank Pallone, a New Jersey Congressman, recently put professional leagues on blast for explicitly profiting off of fantasy sports while fiercely opposing odds-based sports such as spreads and O/U lines.

As a Democrat in today’s America, Mr. Pallone has much more credibility when speaking about online gambling in the US than would a Republican. But he pointed out something that anyone the least bit honest can see is the objective reality of the sporting world. Most of America’s professional sporting leagues try very hard to shelter their athletes and fans from betting, while simultaneously embracing the idea of fantasy gambling. According to Frank Pallone, which again is a shared observation, the leagues in question—the NBA, NHL, NFL, and MLB—seem far more interested in protecting profits than players.

Most of America’s professional sporting leagues are literally in league with fantasy sports, as Pallone pointed out, having ownership ties and earning money via their sponsorship of these fantasy leagues. So it cannot be about morality if all that’s needed to allow gambling is the government to say one form is legal. If it were about morality, truly about the athletes, then, as Pallone points out, leagues wouldn’t have these explicit ties to profits within fantasy. It seems rather clear to every honest independent observer that pro leagues enjoy fantasy due to the profits, yet don’t want to touch odds-based betting because of legal hassles. Sports fans weren’t born yesterday, and gamblers know a lot more about issues than government wants to admit.

Big-name fantasy sites like FanDuel and DraftKings have spent millions of dollars on advertising all over NFL games this season already, and the NFL embraces it and allows them to run their spots on their games. So, it’s okay for fans to risk money playing in fantasy leagues, but supposedly not okay for fans to risk money betting the over on a divisional rivalry between the Broncos and Chargers via online sports wagering in the US. Hypocrisy is the only fitting word here.

According to Pallone, this double-talking system has “essentially [carved] out a way for the leagues and teams to do sports betting or gambling where they are the only ones that make money.” Many, many people agree with Pallone and see little difference between fantasy betting and outlawed gambling. But is one Congressman enough to effect change in the industry?

Believe it or not, change is on the horizon. How far and how long away true change is, well, no one can say for sure. But the likes of Adam Silver in the NBA are already calling for legalized sports gambling, and by the time Pallone and his ilk are able to show everyone how fantasy gambling is still gambling, other members of other leagues may also see the writing on the wall. Embracing one and banning the other is not right, it’s not fair, and it’s not going to go unnoticed.

While Pallone may be the only politician willing to stick with homegrown issues, he’s far from the only person who notices the glaring disparity in this issue. It might take a while, but legalized gambling is coming.