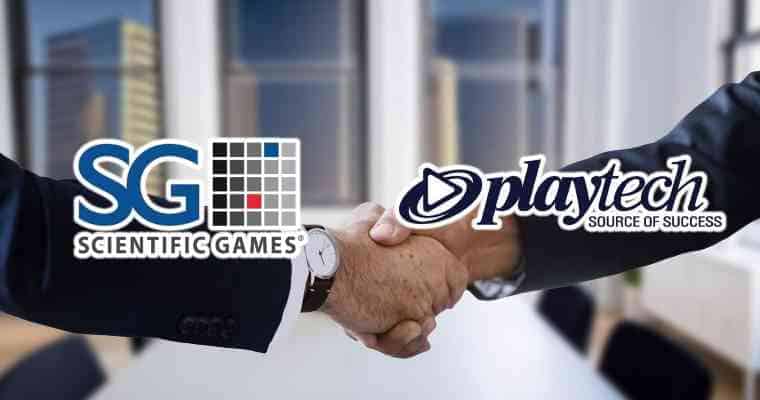 With the spread of regulated online casino gaming in the United States (there are nearly 10 states that have legalized iGaming and/or online poker at the time of this writing), it makes sense that several new software platforms and partnerships would emerge.

That, of course, has happened, and it’s continuing to happen at seemingly record pace.

While most offshore betting operators will not make the move to domestically regulated Internet gambling in America and elsewhere, many of the established national and international gaming software brands have been expanding their footprints across Europe and the Americas.

On July 19, 2021, Playtech and Scientific Games entered into a blockbuster global licensing and distribution deal, combining the efforts of two of the biggest operators into a more focused approach.

Playtech, founded in 1999, is one of the most recognized names in regulated online gambling among legally licensed operations both in the US and abroad, and the company is a publicly traded entity on the London Stock Exchange.

Playtech is headquartered in the Isle of Man, which is a popular destination for global gaming operators, but Playtech itself has decided to forego offshore betting markets and focus entirely on state- and nationally-licensed enterprises within the industry.

Brands like William Hill in the US and Bet365 in the UK use Playtech’s products, and Playtech entered the US market via New Jersey’s Bet365 imprint in August 2020.

Meanwhile, Scientific Games Corporation – publicly traded on the Nasdaq Stock Market – is an even larger player in the space.

In fact, Scientific Games was the first company to introduce a secure instant lottery product in the US, which it did in 1974. This has allowed for the promulgation of interstate lotteries like Mega Millions and Powerball.

For bettors, of course, this partnership won’t change the game too much.

It will result in more gaming options within the markets where state-regulated iGaming is already legal, but it has no bearing on the legitimate, legal offshore betting options available to you.

On the other hand, if you’re an investor in online gambling (outside of playing the games themselves), this deal is definitely something to write home about – or write a check about!

“A key pillar of our strategy is to increase the distribution of our software through mutually beneficial partnerships with the leading B2B [business-to-business] suppliers in the leading markets… This partnership will significantly increase SG’s distribution to regulated markets in LATAM [Latin America] and Europe whilst also providing our customers in those markets with an even richer portfolio of exciting iGaming content. Playtech looks forward to benefiting from SG’s leadership in the U.S. as we look to roll out Playtech casino software in all regulated states.”

From Scientific Games’ perspective, the upshot is much the same.

According to Jordan Levin (Group CEO, Digital), the deal will

“bring quality and exciting gaming content to the U.S. market and beyond. … We’re very excited to be bringing Playtech’s world-renowned games to our operating partners across the globe and providing their player base with exceptional entertainment experiences.”

In other words, the partnership will allow Playtech to claim a bigger piece of the pie in the US market while allowing Scientific Games to establish a larger presence in the rest of the world.

All that said, while this alliance will make waves on the business side of things, it’s unlikely to sway the allegiances of the players that already use legal offshore betting sites for their online gambling needs.

These vendors have been in the game for decades, and they have stables of games that match – and even exceed – the options you’ll find with expanded regulated iGaming.

This is very much a case of more and merrier, but if you’re an established online gambler with one of the top legitimate international brands, you probably won’t be compelled.