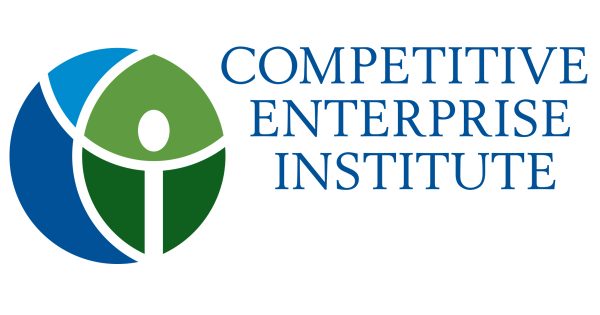 The Competitive Enterprise Institute, a non-profit libertarian think tank, issued a report to Congress suggesting they make a move on sports betting legalization now instead of waiting on the New Jersey Supreme Court case. The SCOTUS case is set to begin on December 4, and a favorable ruling for the Garden State could see the Professional and Amateur Sports Protection Act (PASPA), the federal ban on sports betting in the US, repealed, meaning brick-and-mortar sportsbooks would begin to pop up all over the country. However, the CEI believes that some executive action should be taken despite the ongoing case—this extends to also repealing the Federal Wire Act, a law prohibiting US based online sportsbooks. If Congress acts on the latter, legal online sports betting could happen. A move on the former would be a step in the right direction, but online sports gambling is the future.

Things are finally progressing with the New Jersey sports betting case, but this action from the CEI shows that advocates of sports gambling legalization do not want to take any chances. With an opening date finally established, the Supreme Court can focus on the briefs being filed from both internal and external parties. Speaking of which, the NCAA and other sports leagues (NFL, MLB, NHL, NBA) on the plaintiff side of the case recently filed their brief with SCOTUS. The CEI also filed an amicus brief.

All of this began in 2014 when New Jersey attempted to authorize sports wagering in their licensed casino establishments. PASPA bocks 46 states, including New Jersey, from hosting any state-regulated betting activities, so NJ would be circumventing this ban. The major sports leagues filed a lawsuit and the federal government stepped in and overturned the new law, prompting an appeal from NJ. After losing in the lower courts, New Jersey managed to get an opportunity to state their case in front of the Supreme Court. Their argument is that PASPA is unconstitutional and commandeers states to enforce the prohibition. The major sports leagues argue that PASPA does not force states to do anything and is constitutional.

If New Jersey wins their case, PASPA and the Federal Wire Act will likely be repealed and sports betting added to the existing opportunities to legally place bets online. The CEI report states that PASPA should be lifted because it has failed to thwart sports betting in its 25 years of enforcement. The report specifically says PASPA has failed to address the rise of illegal sports gambling, leading to the emergence of a black market, and has stopped states from receiving increased profits from a well-regulated industry. As a libertarian affiliate, the CEI aligns with New Jersey’s argument that PASPA is inherently unconstitutional. It believes PASPA is an example of the federal government overstepping its boundaries. The CEI holds that states should have the right to authorize legal sports wagering, both in physical and online establishments, should they choose to do so.

The Federal Wire Act also comes into play here, as it blocks US based sportsbooks from accepting wagers. The most plausible scenario would be if one goes down, so does the other. Having either PASPA or the Federal Wire Act in effect by itself would be counterproductive to the emerging sports betting market.

There is still a good chance that SCOTUS rules in favor of New Jersey and PASPA is stricken down. If this occurs, Congress will not have to take action. Should SCOTUS decide to uphold PASPA and back its constitutionality, Congress still has the power to grant states the authority to regulate sports betting and claim the revenue. They could also repeal the Federal Wire Act, which would be a step in the right direction. A legal framework would draw US bettors away from illegal operators. The SCOTUS case is expected to be resolved in 2018, but Congress can expedite this process.