Skip to content
HomeNewsUnlike Offshore Betting, Retail Gambling Isn’t About Gambling At All 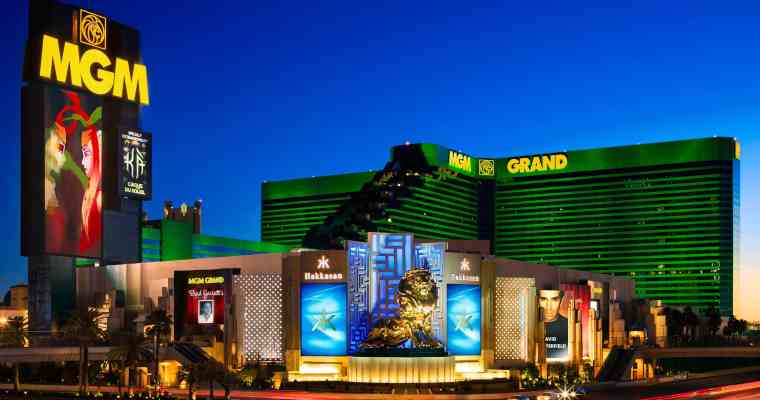 With the Supreme Court overturn of PASPA in 2018, most industry insiders – including us! – figured that expanded casino gambling would come with it, albeit to a much smaller degree.

We also assumed that most states would punt (for now) on the legal online gaming concept, settling for an Internet-traffic-based sports betting market and a foot-traffic-based casino market.

For the most part, that’s been borne out.

In those states where sports betting has led to traditional gambling expansion, the latter has been largely limited to the online space.

Of course, even in the few states that have legalized online iGaming, brick-and-mortar expansion is happening apace.

This venue is one of the state’s new “mini casinos,” though there’s nothing “mini” about it.

With its grand opening set for August 12, the venue features 38,000 square feet of gaming space with 510 slot machines, 30+ table games, a 125-seat restaurant, the Barstool Sportsbook, and 125 TVs across the property and inside the betting lounge.

Erin Chamberlin, Penn National senior VP of regional operations, had this to say about understanding the context of the new initiative:

“This was a Sears 18 months go. This has been a very interesting project. I think creatively done.”

The Hollywood Casino York also took time out during the 2020 construction hiatus to reimagine how patrons would access their money, buy in to each game, and manage their rewards.

This is all done through an app for a so-called “cardless, contactless, cashless” playing experience.

For those who enjoy online casino games at reputable offshore betting sites, of course, that model’s nothing new, and PA is one of the few states in America that offers domestic iGaming to players within the state’s borders.

That said, for those who enjoy the in-person experience, various COVID-era policy changes could have a long term deleterious effect on the allure of the activity.

Meanwhile, Penn National is also in the news for its recent acquisition of Score Media and Gaming, with company stock trading nearly 10% higher this week.

Not to be outdone, competitor Vici Properties has agreed to purchase MGM Growth Properties in a $17.2 billion deal.

Per the Las Vegas Review-Journal, when the acquisition is finalized in H1 2022, Vici will be

“the largest private owner of meeting and convention space in the country and the largest hotel owner in the US as measured by rooms.”

Note that the gambling aspect itself seems secondary to the motive of the purchase.

Ed Pitoniak, CEO of Vici, is bullish on the deal, calling the Las Vegas Strip “the most economically productive single street in America.”

That accolade might go to Wall Street by some measures, but casinos, hotels, and restaurants deal in actual products and services, not investment speculation and air.

Wall Street might see billions flow down its sidewalk on a daily basis, but there’s really nothing there.

At the same time as in-person gambling expands in PA and NV, it’s also expanding in FL and AZ.

With the new Florida-Seminole compact, Sunshine State tribal casinos can now offer roulette and craps, which were previously disallowed per the 2010 compact. Sports betting is also part of the new agreement.

In the Grand Canyon state, tribal casinos in and around Phoenix have started rolling out roulette, craps, and baccarat as a result of their own reworked compacts with Arizona.

Casinos everywhere are going all in on expanding, and they’re doing it online when they can, and in-person when they can’t.

Or, more aptly, when they don’t want to.

Even in states like PA where iGaming has been legalized, casino operators are far more invested in physical retail venues and all the downmarket impacts thereof.

When you gamble online, you can play from anywhere. That is, you can’t be relied on to contribute to the income of hotels, restaurants, bars, night clubs, entertainment venues, and so on.

And established casinos are far more interested in these elements than the gambling games they offer.

That’s the reason we’re not all that likely to see ubiquitous online iGaming at the domestic level nationwide.

And it’s also the reason that these venues – try as they might – will never really be able to compete with offshore gambling sites that exist wholly in the virtual space.

Well, that and crypto.