Skip to content
HomeNewsTalented Tweens Take Over Olympic Podium: Who Could’ve Bet on That? 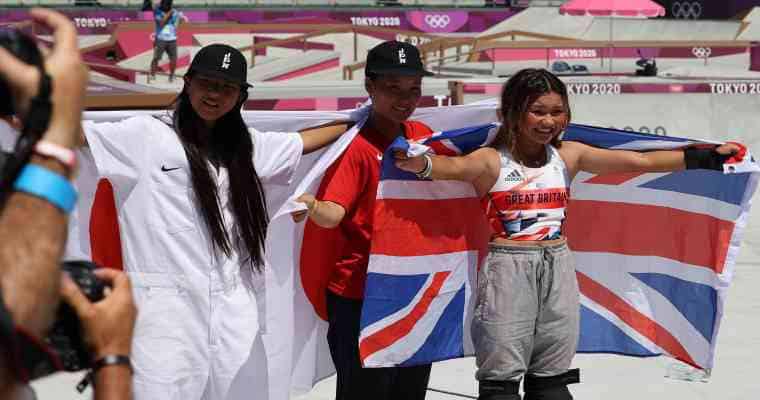 The Tokyo Summer Olympics have been nothing shy of unorthodox this year, dominating the headlines for well over two weeks, now. With a handful of new sports and a year’s worth of controversy, this international showcase isn’t like anything we’ve ever seen.

Audiences have been swept away by surprises left and right, among which includes the setting of multiple new world records. One of these records is now held by 12-year-old skateboarder Kokona Hiraki: the world’s youngest medalist since the 1930s.

*Had the Olympics taken place in 2020, as planned, Kokona would have taken the record for youngest medalist of all time*

The Youthful Faces of Skateboarding

Skateboarding, in both the men’s and women’s divisions, was newly introduced this year. While other Olympic sports have age requirements to prevent irreversible injury, skateboarding is open to anyone who has the skills to make it on the ticket.

Which is how we ended up with two tween rockstars on the Women’s Park Skateboarding Olympic podium. Japan’s Kokona Hiraki placed second in the finals with Britain’s 13-year-old Sky Brown finishing in third.

Although it is said that being small is advantageous in the skateboarding game, these young women outperformed dozens of older seasoned skaters to get where they are.

Because of their massive wins, the girls are already being approached by brands with prospective sponsorship deals. Brown, for example, is signed to Nike. She is also working out deals with partners like Barbie and Claire’s.

While Kokona hasn’t made any public statements regarding sponsorships, she has certainly earned her stripes for one. At just 10-years-old, she became the X Games youngest skateboarding medalist, coming in second at the 2018 X Games. She also placed at the 2019 World Pro Tour series in France.

What this demonstrates is that bettors shouldn’t limit their wagers based on age discrimination. The odds weighed heavy against both Sky Brown and Kokona Hiraki. However, a bit of research would have proved that the two were more than capable of going toe-to-toe with the other Olympians.

For those who put their faith in the two girls, congratulations on your winnings! For everyone else, it goes to show the value of research in even the most casual of Olympics sports betting endeavors.

More often than not an individual can find injury reports, highlights, and player backgrounds with relative ease. This kind of research can set you up to win what would otherwise look like a risky bet.

And on this note of sports betting, I would also like to include how important it is to shop the odds on any and every wager. Browse multiple sportsbooks so you can get the most back for your bet!

For more resources regarding legal online sports betting, be sure to check out the rest of our site.