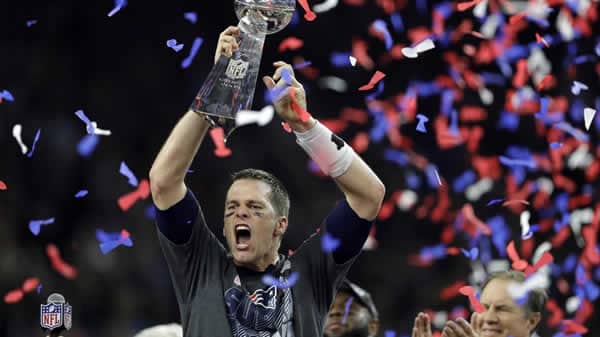 Sportsbooks may seem like unbiased entities to the untrained eye, but they are the biggest bettors out of everyone. Just like in the casino, a wager placed in a sportsbook is betting against the house. If you win, the sportsbook pays you out. If you lose, they keep your bets. Betting online is the same story as betting in brick-and-mortar destinations. In the case of the latter, Vegas sportsbooks are reporting that more wagers are being placed on the Eagles than the Patriots. Because of this, legitimate sportsbooks are actually hoping for a Pats victory.

Not only does the majority of bets being placed on the Eagles have an effect on sportsbooks’ hopes, but also the point spread itself. If you look at the initial Super Bowl 52 betting line, you’ll see point spreads ranging from -5 to -6 depending on where you look. Since those lines came out, there have been some shifts. Most sportsbooks are now reporting spreads to the tune of -4 and -4.5. The first half point spread is at -3. What could be the reason for these changes? It has to do with the fact that most people are taking the Eagles over New England directly.

The odds shifts are a direct correlation to the bets being placed. Sportsbooks try to even things out by shifting the spread, thus shifting bets in a specific direction. If the spread is narrowed, the idea is that more people will place wagers on New England. This would create a more level playing field. As things stand now, with the emphasis on Philadelphia, sportsbooks stand to make a lot more money from a Patriots victory.

While there are certainly going to be more bets placed as the big game gets closer, it is entirely possible that the spread will change again, making the timing of bets significantly crucial to your betting strategy. If more and more bets on Philadelphia roll in, sportsbooks may tweak their lines a touch to try and attract some last minute wagers. The moneyline has also dropped considerably, which often means bettors will try to lock in those wagers before oddsmakers change their minds.

The closer point spread also means that this game is expected to be close. For those involved with Super Bowl betting, this game is pretty up in the air. The Eagles had been counted out for both of their previous Playoff games, though they pulled through. Their NFC Championship win was a dominant performance and could be part of the reason why people seem to be leaning in their direction. The Patriots looked shaky against the Jacksonville Jaguars, but as long as QB Tom Brady is on the field, the Pats should never be counted out. Fourth-quarter Brady has done some incredible things.

If you are riding the Eagles wave, just know that most football betting sites are rooting against you. Most bookmakers are expecting a solid return, meaning they expect a Patriots victory. Even if the Eagles win, the bookmakers will still make a nice sum, however the big money lies with the New England holding up their sixth Lombardi Trophy.