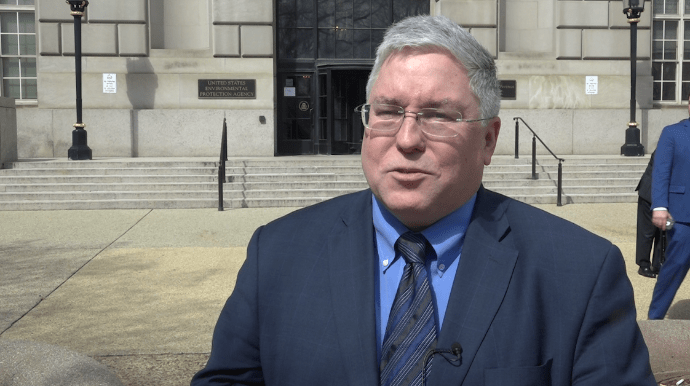 20 states have joined up in filing a brief supporting New Jersey in their US sports betting case currently residing with the US Supreme Court. The American Gaming Association, a lobbying organization pushing for sports betting legalization, reported this after filing their own amicus brief in the New Jersey case. These reports come as a sign of relief for the Garden State, as they are fighting to legalize sports betting in their state. The case has nationwide ramifications, however, especially if the Supreme Court rules in favor of NJ.

The brief was field by West Virginia Attorney General Patrick Morrisey, and this is not the first instance of this happening. West Virginia also filed an amicus brief back when the NJ sports betting case was with the Third Circuit Court of Appeals. At that time, only 4 states joined up with the resistance effort. This new 20-state resistance showcases the changing mentality towards legalized sports wagering in the US.

AGA President and CEO Geoff Freeman discussed the filing in a press call and stated that the brief is a representation of states from every corner of the continental US. He also noted that the amicus brief includes the president of the National Association of Attorney Generals, the co-chairs of the NAAG Gaming Committee and the chair of the Conference of Western Attorneys General. One interesting thing worth noting is that some states, like Utah, do not have any form of gambling, but are still protesting the federal government’s impediment.

While the exact contents of this brief are unknown, it is reasonable to assume these states’ arguments align with New Jersey’s—that PASPA, the federal ban on sports betting in 46 states, is forcing states into a corner and is therefore unconstitutional. AG Morrisey’s Third Circuit brief said something similar in that their concern was that Congress’ handling of its sports betting regulation is unconstitutional. He believes that Congress does not have the authority to coerce states into implementing federal policy. These arguments fall in line with the core beliefs of federalism, and explain why some states, like ones without gambling, are involved.

Freeman’s brief with the AGA states that sports wagering regulation needs to be handled in a responsible manner, and soon. The AGA’s brief also says that PASPA has led to a sizeable underground sports betting market that reigns in billions of dollars in profit each year, while simultaneously circumventing both state and federal governments. Normally the AGA lobbies for casino gambling, but they have shifted gears to sports betting legalization in recent years and do not appear to be holding back.

The NJ sports betting case is currently in a standstill, as briefs continue to come in. The case is expected to begin sometime later this year and will likely continue into 2018. So far, briefs have been filed from NJ Governor Chris Christie, the NJ Thoroughbred Horsemen’s Association, the Pacific Legal Foundation et al, sports law expert Ryan Rodenberg, sports law expert John Holden, the AGA, the European Sports Security Association et all and NJ Representative Frank Pallone. While the bulk of supporters are from New Jersey, this 20-state coalition of pro-sports betting states could have a serious impact on the outcome of this case.