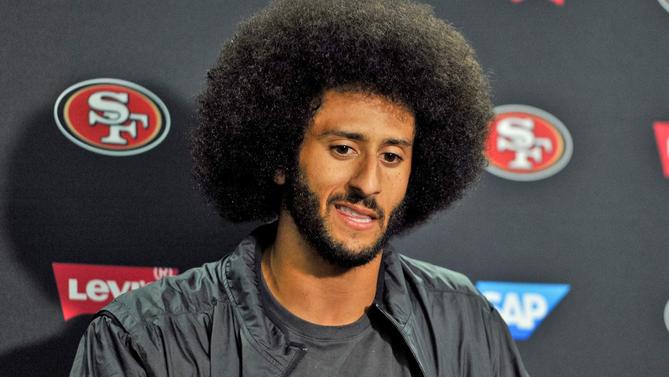 The Colin Kaepernick saga has been going on for quite some time. The former 49ers QB made headlines when he knelt for the National Anthem in protest of police killings involving African Americans. Kaepernick continued to kneel throughout the season, with several other players joining his efforts throughout the season, but he remained the scapegoat. Despite the media attention, his performance on the field continued to dwindle, causing his QB value to drop. Kaepernick was eventually cut from the 49ers and has been in limbo ever since. Numerous fans and industry insiders are expecting to see prop bets emerging at legal football betting sites that includes the odds of whether Kaepernick will be on a week one roster or not.

Kaepernick is currently unsigned, floating around in free agency. Some critics believe he has not been signed due to his negative media attention from kneeling during the National Anthem, while others contribute his current team status as a result of his poor performance. The term ‘racist’ has begun to be thrown around, adding to the media circus surrounding the player. As of now, Kaepernick remains unsigned, but that doesn’t mean he hasn’t drawn interest.

The Jacksonville Jaguars provide a reasonable destination for the out-of-favor QB, with their current QB situation a mess. Both Blake Bortles and Chad Henne have been competing for the starting job, but they also have both been struggling in preseason. This led to speculation that Kaepernick could be signed as a last-minute relief, especially when Jags Owner Shad Khan said he would sign the QB. However, Khan said he would have to check with his team of football analysts first. Head coach Doug Marrone remained guarded when asked about the current QB situation.

The Jags recently lost to the Tampa Bay Buccaneers in preseason, and both Bortles and Henne played poorly. Marrone stated that he is only worried about his current roster and would leave any changes to the front office, but to be fair, he never denied any interest in adding another QB. Kaepernick could certainly help them out with his running game. After all, the Jags are built to be a running team. Bortles has been named the official starter, but there is still some time for the organization to sign Kaepernick should they decide to take a chance on the outcast QB.

The main argument is whether the Kaepernick saga is founded in opposition to his political views or his skill. While many would argue that politics should stay out of sports, the fact remains that owners and other front office personnel have expressed their dissent with the QB’s protest. On the other hand, some believe that the media attention is too much for the QB to handle and will likely affect his game. If his game regresses any more, his value will essentially drop to non-existent.

Kaepernick may not be a starting QB option, but he provides a decent third-down QB option threat. His passing game, while not as strong as it was in 2012, is enough to justify a few snaps per game. Not to mention other QBs with similar value have been signed. Kaepernick’s protest hasn’t gone unnoticed, as other players have begun kneeling during the 2017 preseason, but in his case, he may face a long way back to the NFL. The online sportsbooks offering NFL betting have not included Kaepernick in the play props yet, so even the oddsmakers are not attempting to speculate on his outcome.