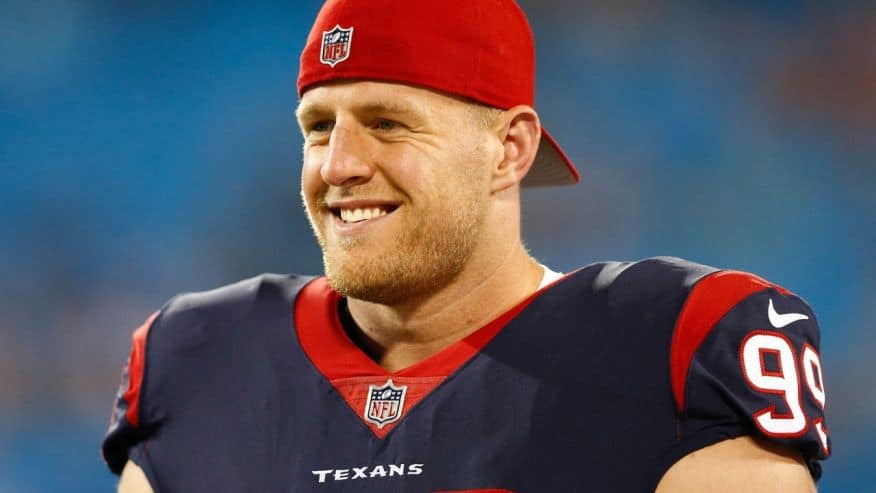 J.J. Watt, a defensive lineman for the Houston Texans, has successfully raised more than $6 million in relief funds for victims of Hurricane Harvey. Watt started the fund to help with recovery from the storm and donated $100,000 of his own money. Chris Paul, point guard for the Houston Rockets, contributed $50,000 to the fund.

Watt spoke on the amazing support people have shown the city of Houston through his relief fund. Donations range from $5 or less to thousands of dollars, but Watt emphasized that any donation goes a long way and showcases the American spirit of helping our neighbors. Watt also praised the city of Houston for their efforts in aiding with storm relief, citing the city’s resilience and diversity.

Other athletes have expressed their interest in helping out with the cause. St. Louis Cardinals Matt Carpenter promised to donate $10,000 for each home run he hits for the remainder of the MLB season. His teammate Adam Wainwright would match any donation for every long ball he hits. The New England Patriots made an announcement that owner Robert Kraft would match up to $1 million in Red Cross donations.

Tropical Storm Harvey developed into a Category 4 hurricane over the Gulf of Mexico last week. It first made landfall near Corpus Christi, Texas. Houston received the brunt of the storm with heavy downpour effectively turning its roads into gushing bodies of water. Flooding became a huge issue as people were trapped in their homes with rising water. Rescue efforts were quickly dispatched all over the city. The storm made its way back into the Gulf of Mexico, only to reenergize itself and make another landfall, adding to the city’s damage.

Mayor Sylvester Turner stated that more than 3,000 people have been successfully rescued by authorities, and that number will likely increase as the service calls continue pouring in. The city’s infrastructure has been effectively shut down with roads being impossible to navigate due to floodwaters. The storm is estimated to bring at least 50 inches of rain to the city, matching the annual rainfall for the city. As water levels continue to rise, rescue efforts are becoming more difficult.

With Watt’s charitable contributions, the city should hopefully be able to bolster their recovery efforts. Watt has taken to social media to update followers on the status of his fundraiser. He recently upped the fundraiser goal to $10 million and will likely raise the bar even higher should the new goal be attained.

Hurricane Harvey looks to be slowing, but residents are by no means out of the woods yet. Rainfall is expected to continue and water levels will keep rising. Any relief efforts are appreciated and you can contribute through various means like Red Cross, Watt’s fundraiser and more.  Watt’s charitable efforts have driven his popularity to skyrocket among football fans even more, which is something we’re confident that legal football betting sites will capitalize on.