Skip to content
HomeNewsTurns Out Floyd Mayweather Is Superstitious 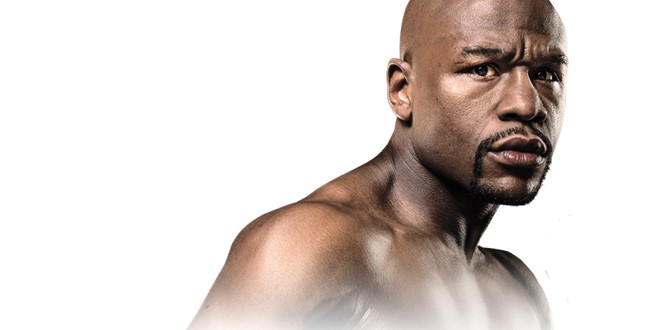 Possibly the largest fight in combat sports history is upon us and it’s a battle where separate combat sports worlds will collide between professional Boxing and Mixed Martial Arts. This weekend, on August 26th, the pound of pound king of boxing will take on the arguable pound for pound king of MMA in a fight between “The Notorious” Conor McGregor and Floyd “Money” Mayweather.

Floyd Mayweather has become known in Las Vegas for being a heavy-handed part of their sports gambling machine. He regularly places large bets on a myriad of sports from other boxing matches to basketball and football games. One source close to the Mayweather camp told ESPN that despite what people tend to believe, Mayweather is very superstitious and the one thing he doesn’t bet on, is his own fights. While his friends and entourage may place bets on the undefeated world champion, he certainly does not, according to the source. Legal US online sportsbooks do typically cover MMA and boxing events and drive a significant portion of the dollars spent betting on fight competitions.

However, when Mayweather appeared on the late-night show with Jimmy Kimmel earlier in the month he talked about changing it up this time to place a bet on himself. Perhaps this shows the utter confidence of the boxer, or maybe McGregor has gotten into his head and this is a symptom of that control. It’s impossible to tell, but we do know that there are rumors circulating about how Floyd plans to place a 5-million-dollar bet on the fight. Currently he sits as the favorite at a -400 and with a bet of 5 million he would stand to make 6.25 million in addition to the 100+ million dollars he is sure to make on the fight. In fact, with the fights purse and promotional earning in perspective, a 5-million-dollar bet doesn’t seem like too big of a risk.

Mayweather is no newbie to placing big bets either. He has established his own social media history of posting his winning tickets with amounts more than most American’s yearly wages. In 2015, the Warriors played the Rockets, and like millions of NBA fans around the globe, Mayweather enjoyed the option to legally wager on basketball and bet $200,000 dollars on the game. Even further back in 2012, Oregon took on Arizona State which received a $1.1 million dollar bet from Floyd himself. It is clear that Floyd Mayweather likes to play with the money that he has earned but the question still remains around whether or not he will place the bet on his fight this Saturday with McGregor and what that means for the Money Team and the Fighting Irish.

While it’s not illegal to place bets on yourself as an athlete, it may prove to be a bit unethical. According to Chuck Klosterman at NYtimes.com, the only way it remains ethical for an athlete to bet on himself or his team is if that athlete does so every time and in the same amount. If an athlete bets less on one fight or game then he does on another it sends a clear message to bettors and opens up a door for corruption. Hypothetically, if an athlete becomes indebted to a bookmaker there arises some issues with shaving points in traditional sports or throwing fights in a spot like boxing. We all know if Conor actually wins the fight, which seems unlikely, that fans will cry it was fixed whether or not Mayweather places the bet.

Even if it is legal, is it ethical for Floyd to lay down a bet when he is reported to never have done so before? And, what does this mean about the confidence in Mayweather?