Skip to content
HomeNewsLand Down Under Facing Online Gambling Blackout 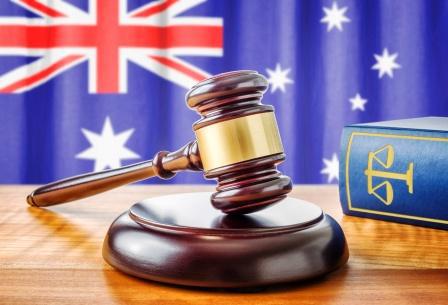 Australia, one of the biggest gambling countries in the world, is set to become one of the strictest. The highly contested Interactive Gambling Amendment Bill received a Royal Assent from Australian Governor-General Peter Cosgrove, putting the bill in position to become law. This amendment spells danger for online gambling enthusiast, as it will effectively block all iGaming enterprises that currently make up the Australia legal online gambling market.

The Interactive Gambling Act was first passed in 2001. The original language permitted online sports betting as long as it was linked to a licensed brick-and-mortar establishment. Australian-based online casino and poker services were barred from advertising to and doing business with local players. This left offshore iGaming brands in a gray area that allowed operators to accept Australian players for over 15 years. As time progressed, some lawmakers made their opinions on online gambling well-known—they wanted it completely eradicated.

Australian Minister for Human Services Alan Tudge first introduced the Interactive Gambling Amendment Bill back in 2016. Its aim was to revise the outdated IGA to put a clamp on the offshore gambling industry. This new amendment prohibits offshore brands from servicing Australian players, and it fails to provide any sort of directions on how operators can apply for approval to enter the market. Now, with the amendment set to be signed into law, Aussie punters have no options for online casinos and poker games. This modification to Australian gambling laws will have a dramatic impact on the market.

In the time leading up to this point, many online gambling operators were apprehensive about their presence in the Australian market. Some, like Vera&John, 32Red and 888Poker led a mass exodus before the bill even reached the House in anticipation of is passing. Gaming Innovation Group, a large company hosting several online gambling brands, also pulled out of the country. PokerStars stayed put and continued to service Australian players, but they too decided enough was enough and messaged local players that they would be discontinuing services sometime in mid-September.

Local punters are not just willing to give up without a fight. Online gambling advocates formed the Australian Online Poker Alliance to try and convince lawmakers that legalized online poker would be better for the nation versus imposing a strict ban. Their campaign drew a lot of media attention, and the attention of the Australian Senate’s Environment and Communications References Committee. The Committee issued an inquiry into the online poker market and heard from local players, lawmakers and other interested parties on the current state of the Aussie online poker industry. The Committee is expected to issue a report on the matter based on their findings by September.

What does this mean for the industry? If the Committee finds that online poker is indeed beneficial, it is possible that the Interactive Gambling Amendment Bill will be revised to include provisions for online poker brands—the same cannot be said for online casinos. However, in this hypothetical situation, online casinos may get a shot at legalization soon after. For Australian punters, dark times loom ahead, but locals have hope in the Senate’s pending report.