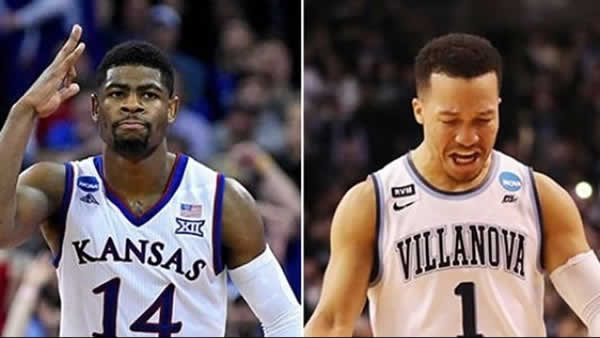 In a battle of the only #1 seeds left in the tournament, Villanova takes on Kansas in the Final Four. Oddsmakers have Villanova winning. In fact, most Final Four betting sites have Villanova to take the championship. However, this year’s March Madness tournament provided many upsets on the path here. Who’s to say the Jayhawks can’t pull off another one? Let’s break down the key factors for Villanova to focus on if they want to beat Kansas and advance to the championship.

Nova dominated their conference throughout the regular season and were strong in the tournament. The Wildcats beat Radford 87-61 in the first round and Alabama 81-58 in the second. They faced West Virginia in the Sweet 16, the first real test for the Wildcats. WV’s pressing defense is a lot to handle for most teams, but Nova saw them out to the tune of a 90-78 victory. In the Elite Eight, Nova faced Texas Tech. While Texas Tech is a good team, not many saw them escaping Nova and their predictions were justified in the 71-59 victory.

Their roster is stacked with talent. Jalen Brunson has been the team’s sparkplug all season long. He averaged 19.2 points per game for the season and continued his scoring throughout the tournament. Brunson led all scorers against Texas Tech with 15 points, 6 rebounds and 4 assists. Another key player for the Wildcats is Mikal Bridges. He presents a multidimensional scoring aspect for the offense. He had a weak performance in the Texas Tech game, going 0-for-5 from behind the arc, but Nova has enough depth to counter.

Depth is a part of their winning formula. Other notable players like Eric Paschall, Omari Spellman and Donte DiVincenzo all stepped up to the plate in the Elite Eight matchup. When Nova gets going offensively, particularly from 3-point range, they are hard to catch. They are currently shooting 50% from the floor and averaging 87 points a game in the postseason. With typically 10-12 3-pointers a game, it is easy to see why they’ve defeated teams in the way they have. Their rebound numbers are strong as well, giving second-chance opportunities and taking away those same opportunities from their opponents. Brunson serves as floor conductor, so as long as he is having a great night the team is in good shape.

Nova isn’t just an offensive powerhouse. Their game against Texas Tech showcased their defensive lockout abilities. Kansas is another team that can run the floor at lightning speed and shoot well from 3-point land. If the Wildcats can disrupt their pace, it could throw them off their game. Plus, a strong defensive front frees up the offense to go on a run.

If the Wildcats truly want to win, they need to overcome the mental hurdles first. All online betting sources have Nova winning—that is a lot of pressure. While many people’s brackets were shattered early on, a lot of bettors had Villanova in the Final Four and even the championship. Sometimes teams that are predestined to win tend to crack under pressure. Kansas had a tougher road to get here and are coming off an electric overtime win against Duke. It will be hard to stop that momentum and energy. Both teams are used to March Madness disappointments, so this is an opportunity for both to make something of themselves. Nova can’t lose the game before it even begins by caving into pressure or expecting an easy win. The Jayhawks are impressive and want to win. Nova is the better team on paper, so with a well-executed game plan and discipline they should be fine.