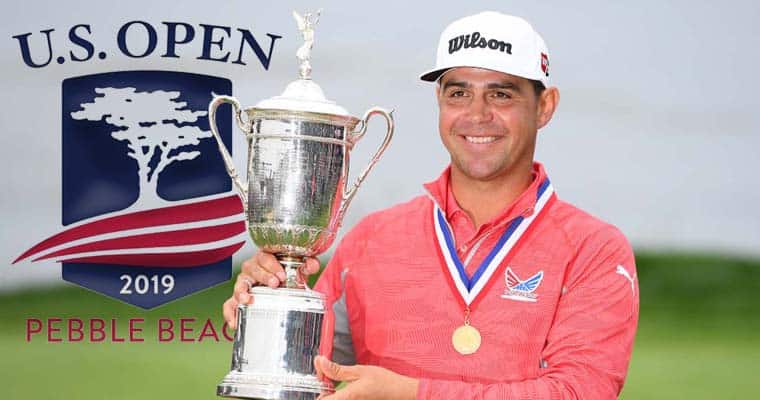 It was a big weekend for professional golfer Gary Woodland as he successfully held off Brooks Kopeka and Justin Rose to win the 119th US Open and solidified himself as one of the top golfers in 2019.

Gary Woodland officially won his first major golf tournament when he hoisted the US Open Championship Trophy this past Sunday. Woodland has won five other professional tournaments before but never a major PGA tournament.

Going into the US Open, Woodland was virtually unknown outside of the golf world and considered a long shot until the end of the third round on Saturday even though Woodland has finished in the top 10 in his last four major tournaments. When Saturday came to an end, he found himself atop the leaderboard with odds shifting to his favor. However, Woodland has been in this position before and lost the lead going into the final round.

On Sunday Woodland stot a 69 in round four and finished the tournament with a -13. Kopeka was right on his trail with a -10 followed by several others and Justin Rose at -7 under.

The US Open is golf’s second oldest professional major championship and considered by many golfers the harder of the two oldest. The US Open is on the current schedule for the PGA Tour and the European Tour. The tournament is presented by the USGA and consists of four rounds and 72 holes of stroke play. The US Open is played at a variety of golf courses located around the US.

Leading up to the tournament online sportsbooks had Kopeka and Ross favored to win the US Open. Tiger Woods was also favored to do well in the US Open coming off his big win at the 2019 Masters tournament. Tiger had a rough weekend finishing at -2 under but fellow legend Phil Mickelson didn’t fair any better and finished at +4 for the weekend.