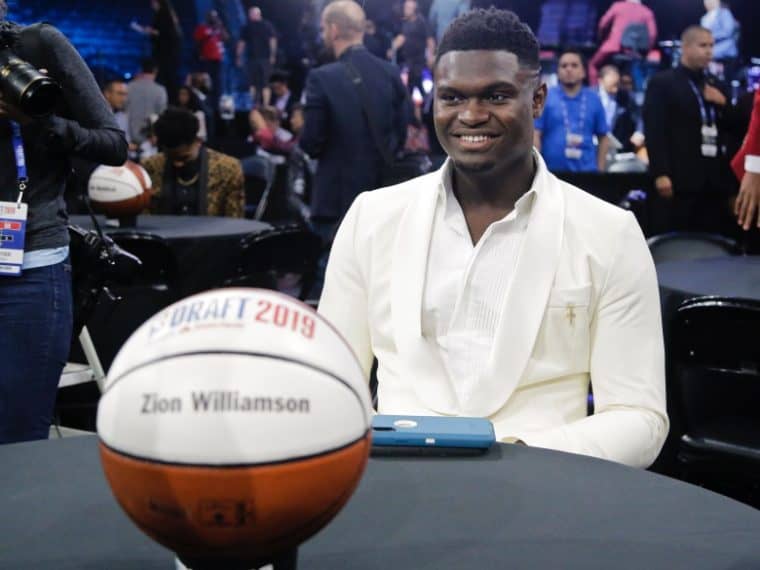 It’s hard to imagine any NBA rookie playing better than Zion next year.

After the New Orleans Pelicans selected Duke one-and-done superstar Zion Williamson with the No.1 overall pick in the 2019 NBA Draft Thursday night, online sportsbooks listed him as the heavy favorite to win the Rookie of the Year award for the 2019-20 regular season.

Williamson, the consensus 2018-19 NCAA national player of the year, opened at -200 odds, which gives him a 66.67% chance when converted to an implied probability.

The 6-foot-7, 285-pound forward had an exceptional freshman season for the Blue Devils, averaging 22.6 points and 8.9 rebounds along with shooting 68% from the floor.

Most NBA scouts believe Williamson’s game will easily translate at the pro basketball level and many experts are on record saying he is the most talented player selected since LeBron James was the first overall pick by the Cleveland Cavaliers out of high school in 2003.

And despite the 19-year-old’s enormous stature and physical style of play, Williamson couldn’t help but get emotional after Commissioner Adam Silver called his name, realizing his dream of playing in the NBA had finally come true thanks in large part because of his mother’s support.

“I mean, I don’t know what to what say,” Williamson said an interview with ESPN at the Barclays Center in Brooklyn, New York. “I didn’t think I’d be in this position. My mom sacrificed a lot for me. I wouldn’t be here without my mom. She did everything for me.”

Murray State’s Ja Morant, listed at +500, was drafted by the Memphis Grizzlies with the second overall pick, and Williamson’s teammate at Duke, RJ Barrett, was the third overall selection by the New York Knicks and received +600 odds.

Morant’s and Barrett’s odds give them a 16.67% and 14.29% chance, respectively, to win ROTY honors when the award is handed out at the end of the season next year.

Below you can find the odds for each of the most likely candidates to be named the best rookie for the 2019-20 NBA regular season, according to Bovada.