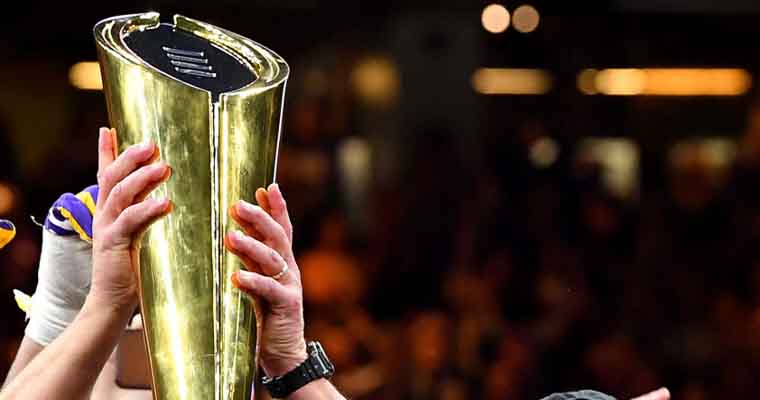 The final Saturday of regular-season NCAA College Football is about to get underway as the SEC, AAC, Big Ten, and other conferences play their championship games.

The University of Alabama Crimson Tide and the Georgie Bulldogs have fulfilled the futures odds that have been posted at college football betting sites since preseason and will play for the SEC Championship on Saturday at 4 PM on CBS.

Georgia is favored by nearly a touchdown to win the SEC and hand Alabama their second defeat of the year. The reason for the large separation in the point spread is that Alabama has been playing close with opponents they’ve been projected to defeat handily.

The Bulldogs are the odds on favorite to win it all at CFP National Championship betting sites, but will they still make the College Football Playoffs if they lose to Alabama on Saturday? Probably so, but the above lines and current futures odds suggest they’ll go ahead and beat the Crimson Tide and oust them out of the CFP.

The Cincinnati Bearcats appear poised to continue their Cinderella story on into the College Football Playoffs, and they’ve got one final hurdle to clear before they can qualify for the final four as a non-Power 5 Conference program.

The Bearcats are favored by a massive 10.5 point spread against the Houston Cougars on Saturday. Houston is 10-1, so should Cincinnati fans be concerned?

Houston’s only loss was to Texas Tech in their season opener, and the Cougars are now on a ten-game winning streak. If you’ve got a hunch that Houston has what it takes to beat the Bearcats, wagers of $1 on their +315 moneyline will net $3.15.

The Michigan Wolverines were finally able to beat their rival Ohio State Buckeyes for the first time during the tenure of head coach Jim Harbaugh. Now they’re locked and loaded for the College Football Playoffs, but they’ve got to get by the Iowa Hawkeyes first and win the Big Ten crown.

The Hawkeyes had a strong start in 2021-22, peaking as the number three ranked team in the nation before suffering their first loss and falling out of the CFP picture.

Legal online football betting sites favored Ohio State becoming the Big Ten Champion this year, but the Wolverines had other plans and were not deterred by their prior loss to Michigan State.

Now the Wolverines are favored to whip the Hawkeyes in the Big Ten Championship Game and earn a spot in the NCAAF postseasons’ final four.

While these championship games feature large spreads that imply decisive wins by the favored teams, this season has featured many improbable upsets thus far. Will there be any this Saturday and throw the CFP into further chaos?

Massive payouts can be earned on that prospect, so consider making a wager now while the spreads and moneylines are so largely separated.