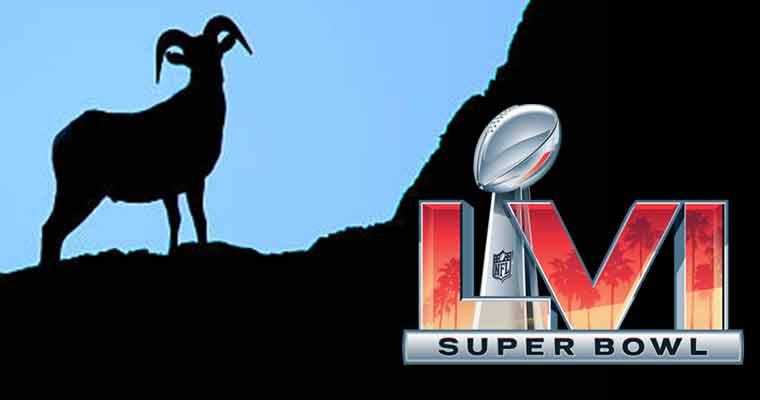 This evening’s Monday Night Football matchup between the Dallas Cowboys and the Philadephia Eagles will bring the NFL’s Week 3 schedule to a close, but already a new franchise is climbling the Super Bowl 56 betting odds at this early juncture in the season.

The Los Angeles Rams were able to overome a 1.5 point spread defecit to defeat the defending NFL Champion Tampa Bay Buccaneers at home by a final score of 34-21.

During the offseason, the Rams front office was heavily criticized for their trade with the Detroit Lions that sent their starting QB Jared Goff and two future first round picks in exchange for Quarterback Matt Stafford, and just three weeks into the 2021-22 NFL season, the dividends are already evident.

When legal NFL betting sites create their championship futures, they project a season’s worth of games as well as all potential playoff matchups and grant the lowest moneyline odds to the team they believe has the best shot to win it all on a given year.

Pro football oddsmakers aren’t swayed by a single week of results, but as key wins and losses are racked up, franchises can leap one another in the SB odds.

While the LA Rams were able to hand Tampa such a decisive defeat and move on to a perfect 3-0 start, online sportsbooks are still sticking with the Buccaneers to hoist the Lombardi Trophy next February 13, 2022 in SoFi Stadium.

Matthew Stafford has established a magical connection with wide receiver Cooper Kupp, and both are on a potential historic pace when observing their current stats and projecting them across a 17-week schedule.

Kupp is currently on pace to break the single-season record for NFL receiving yards set by Julio Jones, and he would also be the first WR to eclipse the 2,000-yard threshold.  Cooper Kupp is also on pace to set the single-season touchdown reception record, besting Randy Moss’s 2007 total by 5 scores.

If Kupp secures 142 total receptions, it would be the third-highest total in NFL history, coming in just behind Michael Thomas’s 149 catch effort from 2019 and Marvin Harrison’s 143 hauled in passes in 2002.

The opening line offered at Bovada Sportsbook for the Rams to win the Super Bowl was +1100, and as of this writing, their current moneyline has improved 300 points following three weeks of play.

As mentioned earlier, SB futures project a season’s worth of play, and that’s the only rationale that can explain why the Kansas City Chiefs are still featured in the lead.

The NFC West has delivered on their preseason potential as all four teams are performing well, even the 1-2 Seattle Seahawks. The same can now be said for the AFC West as the 1-2 Chiefs are a Super Bowl contender while currently placed last in the Division.

The AFC West also features two undefeated 3-0 teams in the Denver Broncos and Las Vegas Raiders that have surprised all critics and oddsmakers, with the 2-1 Los Angeles Chargers appearing to come into top form under 2nd year QB Justin Herbert.

Both the AFC and NFC West Divisions could threaten to send four teams to the NFL Playoffs, something that was not possible prior to the 2020 installation of a 14-team NFL Playoff format.

Legendary frontman of The Doors, Jim Morrison, once stated, “The west is the best,” and in September of 2021, Mr. Mojo Risin is right on the money in regard to western-based NFL teams and their Super Bowl LVI odds.